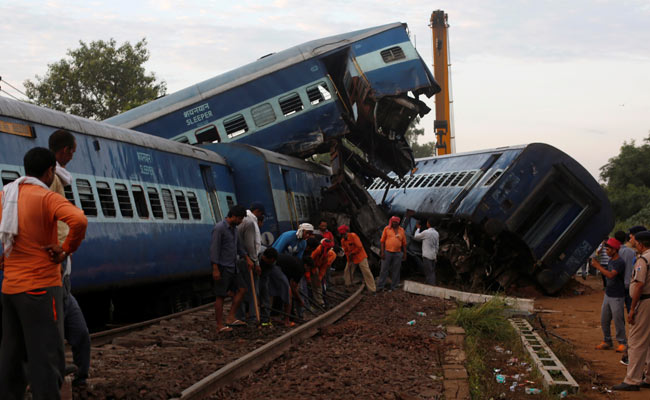 A parliamentary panel has summoned top railway officials over the recent spate of rail derailments and the Elphinstone Road Bridge stampede in Mumbai.

The officials are scheduled to appear before the Parliamentary Standing Committee on Railways headed by Trinamool MP Sudip Bandyopadhyay on November 9.
Representatives of the railway ministry (Railway Board) will brief the panel on safety measures in railway operations and maintenance of bridges, a Lok Sabha notice said.

A member of the parliamentary panel said railways is the lifeline of the country and a poor man’s transport. He said safety is of paramount importance and that is why the panel has called the meeting.

The panel is expected to question the officials about the recent incidents of derailment and the Mumbai bridge tragedy in which 23 people lost their lives, the notice said.

A recent circular by the Railway Board had raised concerns over the maintenance of railway bridges, stating that out of 275 such bridges, only 23 had speed restrictions on them.

Speed restriction for trains is needed when the tracks are in need of repair. Without such a restriction, there can be safety issues for trains operating on regular speed.

The board had also ordered a review of all rail bridges in the country that need repair.