Parliamentary Panel summons railway officials within a fortnight; grills them on safety 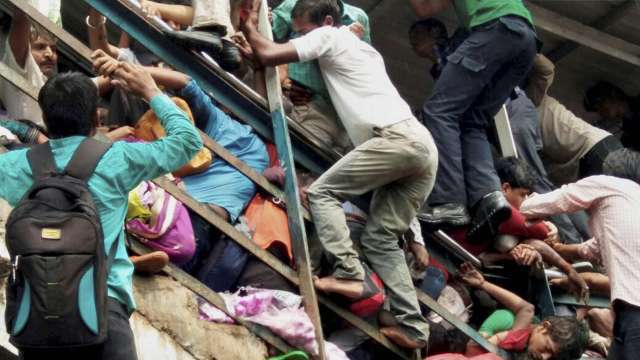 Indicating its seriousness towards the issue of railway bridge safety, a Parliamentary panel has called top railway officials before it. Interestingly, this is the second time the railway officials have been summoned in the past fortnight.

A parliamentary Standing Committee on Railways headed by Trinamool Congress MP Sudip Bandyopadhyay has called the representatives of the Ministry of Railways to hear them on issues ranging from safety measures in railway Operations to maintenance of bridges of foot over bridges that fall under the purview of the Indian Railways.

The committee, which first met on October 12, took up the issue as the matter of railway bridge security raised concerns in wake of the incident in Mumbai where 23 people were killed in a stampede at Elphinstone Road railway station. A few days later, a portion of a foot over bridge at Charni Road station in the city left two people injured.

The panel first took up the issue on November 6 in which top officials of railway board were grilled about the security measures being taken by the department about railway bridges and their current status across the country.

As a number of queries raised by members could not be answered on sport, the panel has again summoned the railway officials before it on November 20.

Top Railway Board officials will brief the panel about both the issues—the safety measures undertaken by the department with regard to railway operations and also the maintenance of bridges in Indian railways.

The Parliamentary panel had in its earlier meeting also expressed its concern over the spate of train derailment incidents in the past few months.

After a series of train derailment incidents, the then Railway Minister Suresh Prabhu had also made an offer to resign and was subsequently shifted out of Railway Ministry in a Cabinet reshuffle in September. According to an analysis, the death toll from train derailments was the highest in 2016-17.