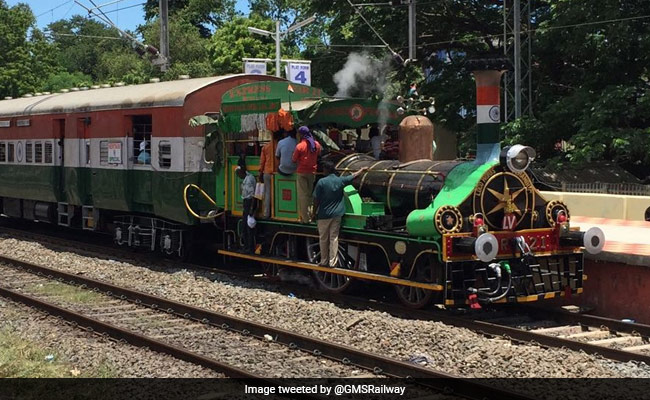 The Heritage Special Locomotive EIR-21 was run from the Egmore to Kodambakkam railway stations in the city, covering two stations in between. It drew huge crowds along the route, the Southern Railway said in a release.

This was the sixth heritage run for EIR-21, which is similar to the Fairy Queen, another steam engine, in appearance.

The first run had taken place on August 15, 2010. The locomotive had run between the Chennai Central and Avadi railway stations as part of Independence Day celebrations that year.

Built in 1855, the steam engine had been kept as an exhibit at the Jamalpur Locomotive Workshop and then at the Howrah station in West Bengal after it was withdrawn from service in 1909.

Several parts of the locomotive got rusted or went missing while some were found broken. After its revival, the engine went on its first heritage run in 2010.

The EIR-21 can adapt to various technological developments and is equipped with a GPS-based speedometer, the release said.

Top officials of the Southern Railway, including the General Manager, Vashishta Johri, were present during the heritage run of the locomotive.