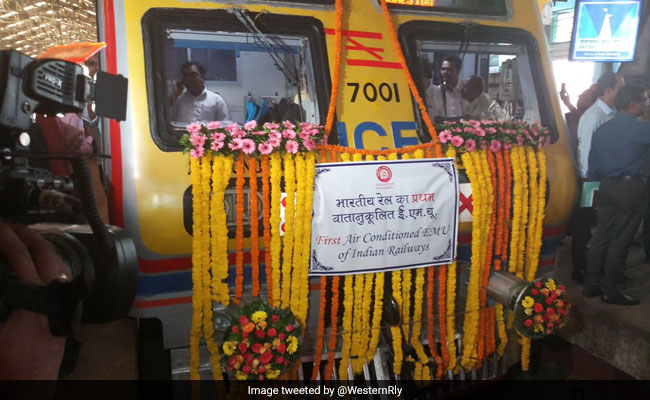 A passenger was today caught for travelling without ticket in an air-conditioned (AC) suburban train, whose services started here, a senior railway official said.

The passenger was arrested while he was travelling in a Churchgate-bound train, the official added.

In a Christmas gift to Mumbaikars, the country’s first AC suburban train commenced its services, thus realising the long-awaited dream of lakhs of commuters.

The train, operated by the Western Railway (WR), began its journey at 10.32 am from Borivili station to Churchgate in South Mumbai.

The WR this evening claimed that it received “decent” response from the commuters.

The WR in a statement said in total five trips of the day, total 446 tickets were booked and 579 passengers travelled.

Meanwhile, railway activist Rajiv Singal, who has been a member of Railway Users Consultative Committees in both Central Railway and WR, claimed that the train would be “a failure due to institutional flaws.”

Another social activist Anil Galgali said he has written to Railway minister Piyush Goyal and urged him that first-class ticket holders be allowed to travel in AC local trains.