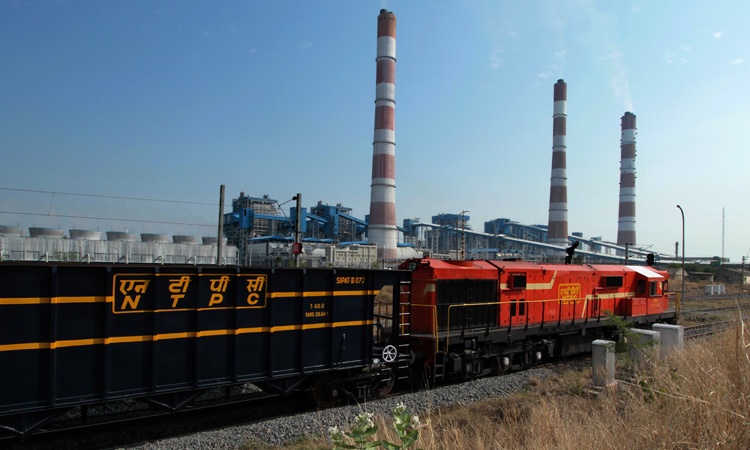 Facing coal shortage, NTPC worried even as its third Bongaigaon unit is ready. Dipankar Bose, Group General Manager of NTPC’s Bongaigaon operation, blames the Railways for the problem, saying the Railways have not been able to provide rakes to move more quantity of coal to NTPC’s Bongaigaon plant from the Central India Coalfields despite the latter having enough coal.

A severe shortage of coal, caused primarily due to non-availability of Railway rakes, has emerged as a major hurdle for the newly-established Bongaigaon Thermal Power Station (BTPS) of the public sector giant National Thermal Power Corporation’s (NTPC), especially with its third unit ready for commissioning.

“We have been facing a severe coal shortage for the past six months. While we require 5,500 metric tons of coal per day to run the existing two units, a stock for 15 to 20 days very much essential to cope up with any exigency, which we have not been able to build up despite our best efforts,” Dipankar Bose, Group General Manager of NTPC’s Bongaigaon operations told.

Bose blames the Railways for the problem, saying the railways have not been able to provide rakes to move more quantity of coal to NTPC’s Bongaigaon plant from the Central India Coalfields despite the latter having enough coal.

“We are entirely dependent on the Railways for our coal supply. The Railways have some problem in its Asansol-New Jalpaiguri-Bongaigaon route and has been unable to move even two rakes on an average per day,” Bose complained.

While the existing two BTPS units require 5,500 tons of coal per day, the daily requirement will shoot up to 8,000 tons once the third unit is commissioned. “With one rake containing 3,500 tons, we require a little less than two rakes now. But once our third unit becomes operational, we will not only need 8,000 tons per day, but also have to build up a larger stock for the monsoon and flood season,” he said.

The existing two units at BTPS produces 250 MW of power each, and once the third unit is commissioned, NTPC production in Bongaigaon will go up to 750 MW, Bose said. While the Bongaigaon Thermal Power Station (BTPS) was originally set up by Assam State Electricity Board (ASEB) in the 1980s, it was handed over to the NTPS in 2006 after remaining shut for several years. The first unit of the entirely rebuilt BTPS was commissioned in May 2015.

Railway Board Chairman Aswani Lohani had last month said that the New Jalpaiguri-Bongaigaon and Bongaigaon-Guwahati sections being single-track, were running at about 160 per cent of its capacity because of increased traffic. Delay in track doubling works of the railway lines in Assam and the Northeast has remained a major bottleneck for the region.

NTPC meanwhile is awaiting for a positive response from the Assam Power Generation Company Ltd (APGCL) on a detailed project report it had submitted for setting up a new 1600 MW coal-based power plant at Margherita in upper Assam. “The Assam government had approached us for a DPR for the 2×800 MW power plant proposed to be set up close to the Margherita coal fields. It has been almost a year now, and we are still waiting for a positive response,” Bose said.

Once given the go-ahead, NTPC would require 40 to 48 months to set up the 1600-MW power plant, which would immensely ease the power situation in Assam and the adjoining states, Bose said. “Since coal available in Coal India’s Margherita coalfields has high sulphur content, the proposed 1600-MW power plant will also require a sulphur separation unit with it,” Bose said.

NTPC Group General Manager Bose said the Bongaigaon power plant was also facing a new problem due to decreasing water-level of the Champamati river due to the construction of a hydro-electric project upstream. “While we have been drawing water from the Champamati for the past three years, the water-level has started receding upstream,” he said.