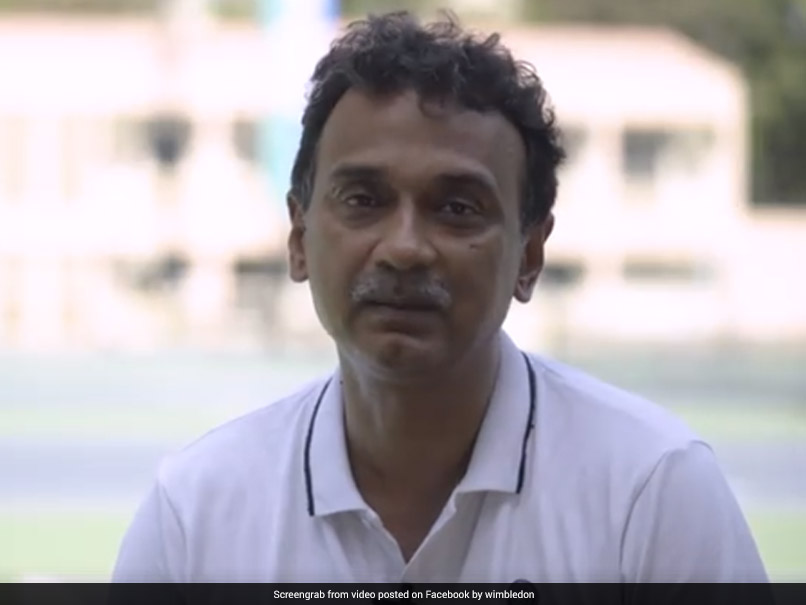 Nitin Kannamwar is India’s most celebrated official at Wimbledon and is the first Indian Line Umpire for Men’s and Ladies Wimbledon finals. A gold badge referee of the International Tennis Federation (ITF), Nitin has officiated in the Sydney (2000), Athens (2004) and the Beijing (2008) Games. Along with that he was also the Assistant Chief of Umpires in both the Beijing Olympics and Paralympics and has participated in 28 Grand Slam tournaments. Nitin, who is also the first Indian to be designated as a Review Official at Wimbledon, in a video uploaded by Wimbledon on Facebook, shares his experience of being the same and how the Hawk-Eye technology is changing the game of tennis.

“My whole life has been basically about tennis. It’s a journey of tennis, as a player, as a coach, and into an official. This year hopefully will be my 21st Wimbledon. I have been involved in every part of officiating that there could be in Wimbledon. Which included line umpiring, as a chair umpire and now as a what they call now Off Court Technical Advisor, which they call OCTA.”

“So, I did that also for two years and now for the last three years, I have been doing the Hawk-Eye booth. Initially, when Hawk-Eye came into tennis, it added a certain amount of pressure. A call that you are going to make will be ratified by a machine. And the whole world will get to know whether the call you made was the right call or not.”

“Your job can be questioned by a player, but it can also be talked about by millions and billions of people watching that match on TV. So, it’s just about being able to perform whether you are a player or an official under pressure,” added the ITF Officiating Regional Officer for Asia.

Nitin’s big break came in 1994 when he was selected to officiate at Wimbledon. He had said, “I have officiated at all Wimbledon tournaments, barring 1998 to 2000. It is a privilege to represent the country.”

He has officiated at the US Open, French Open, Australian Open, Olympics, Women’s Tennis Association and ATP tours, Davis Cup and even the 2010 Commonwealth Games that were held in New Delhi.

Talking about being a Line Umpire, Nitin had said “When we select lines officials, we look at their confidence. When the ball runs past the line in a split of a second, you’ve got to be able to call out instantly. If we see consistent hesitance, they disqualify.”

Kannamwar, who was the chief umpire at the Commonwealth Games in New Delhi, said for an umpire a good personality bodes well and a good eyesight, with once a year check-ups is mandatory.

Though Nitin umpires at least 40 matches a year, he also has a job with Western Railway, managing its tennis team.