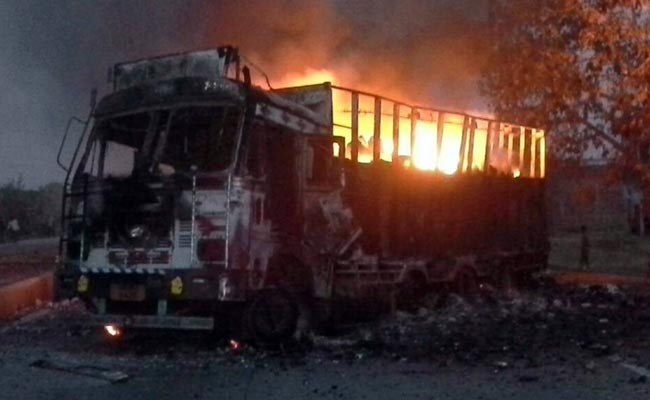 The incident took place this afternoon between Rowghat and Tadoki villages under Koyalibeda police station limits where track-laying work is underway as part of the Dallirajhra-Rowghat railway project, a senior police official told news agency PTI.

A group of armed Naxals reached the spot and asked workers to leave the place, said police. The rebels then torched four trucks and a loader machine before taking a 40-year-old man, son of one of the project contractors, with them, the officer said.

Security forces have been rushed to the spot and further details are awaited, he said. The construction of Dallirajhara-Rowghat-Jagdalpur broad-gauge railway project covering 235 km would allow transportation iron ore from the Naxal-affected area in north Bastar.

Work on the first phase covering a 95 km route from Dallirajhara to Rowghat is in progress with 17 km of tracks up to Gudum commissioned for passenger train traffic.