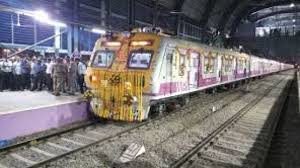 After a long wait that saw several extended deadlines, the harbour line from Goregoan will be thrown open to the public from Thursday, as the Western Railway (WR) has completed all technical formalities suggested by the Commissioner of Railway Safety (CRS) last month.

According to WR, around 13,000 commuters between Kandivali-Jogeshwari stretch will benefit with the new service, since so far commuters have to get down at Andheri to switch to the harbour line.

A total of 49 services will be started from Goregaon from Thursday. The new services will ply between Gore-gaon and Chhatrapati Shivaji Maharaj Terminus (CSMT) daily. The line will be extended to Panvel later, revealed officials.

Harbour line extension from Andheri to Goregaon, is a part of the second phase of the Mumbai Urban Transport Project (MUTP-2). According to officials, nearly one lakh commuters will benefit from this service.

The newly extended harbour line section from Andheri and Goregaon will be inaugurated by chief minister Devendra Fadnavis and minister of railways Piyush Goyal at Goregaon railway station.

“Along with the harbour extension, other services will also be inaugurated which includes various passenger amenities such as lifts at Borivali and Dadar,” said Ravindra Bhakar, chief spokesperson of WR.