Mumbai Stampede: Family Of Victims To Get Rs. 10 Lakh Compensation 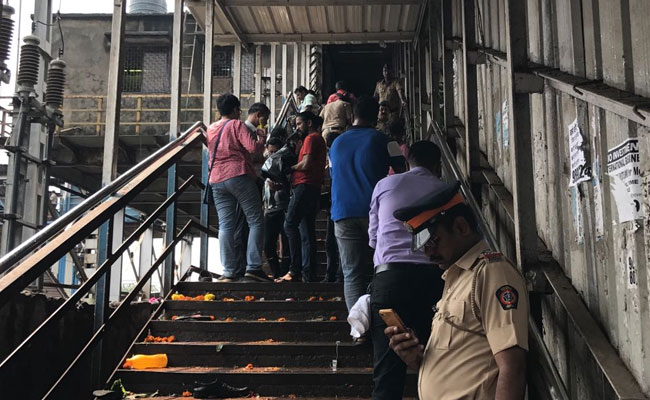 The kin of people, who died in a stampede at a railway foot over bridge or FOBs in Mumbai this morning, will get a compensation of Rs. 10 lakh each, Railway Minister Piyush Goyal said.

Making an announcement at the site of the incident, Mr Goyal said the Railway Ministry as well as the Maharashtra government would provide an ex gratia of Rs. 5 lakh each to the kin of those who died in the incident.

“The state government has announced an ex-gratia of Rs. 5 lakh for the next of kin of deceased, while a similar amount has been announced by the Railway Ministry as well,” Mr Goyal said.

He said that Rs. 1 lakh would be given to the grievously injured persons and Rs. 50,000 to those who suffered minor injuries in the incident.

He also announced a complete ‘safety and capacity’ audit of all the FOBs across the suburban train network.

Speaking at the KEM hospital in Mumbai, Mr Goyal said an inquiry report on the incident will come in 10 days.

The minister, who reached Mumbai this morning for the scheduled inauguration of 100 additional suburban services in the financial capital, cancelled all his previous engagements in view of the tragedy.

Terming the incident as “unfortunate”, Mr Goyal said budget to build a new bridge at the Elphinstone Road bridge was already sanctioned and the tendering process was underway.

At least 22 persons were killed and over 30 injured in a rush hour stampede on a narrow foot overbridge (FOB) linking Elphinstone Road and Parel suburban stations during heavy rain today morning.

The tragedy took place around 10.40 am when the FOB, used by lakhs of people to commute to the commercial area with high-end corporate and media offices, was heavily crowded, a police official said.