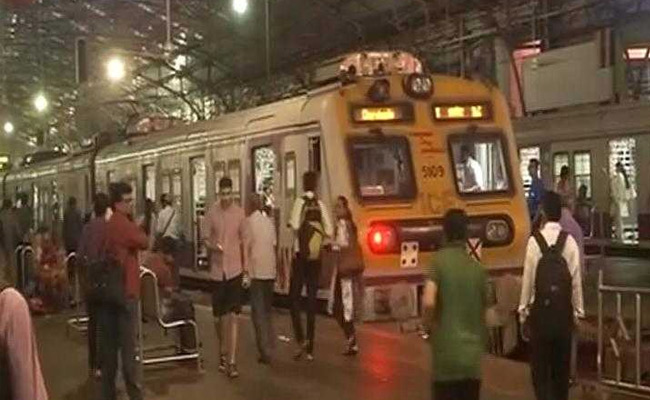 Suburban train services on the Central Railway (CR) mainline resumed this morning after remaining suspended for nearly 20 hours due to heavy rain that was nine times more than usual.
The first train left Chhatrapati Shivaji Maharaj Terminus (CSMT) for Kalyan at 7:26 am, an official said. “The first special train for Kalyan left CSMT at 7:26 am and the second one at 7:44 am,” said Sunil Udasi, chief public relations officer of CR.

He said services on other sections such as Kalyan to Karjat, Kalyan to Titwala and Thana to Kalyan are also operational.

Mr Udasi said since Kurla is still flooded, it may take some more time for the Harbour line trains to get back on the track. This line is also operated by the CR.

“We will shortly start services between Kurla and Kalyan also,” Mr Udasi said. “Stranded trains are being cleared first and then CSMT to Thane traffic will resume,” the official said.

Services on the suburban corridor of the Western Railway (WR) are also back on track. Trains on this section resumed at midnight and more services were started at 7 am.