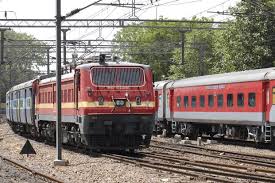 Eleven coaches of the Mumbai- Lucknow Lokmanya Tilak Express derailed here today, but there was no report of any casualty in the mishap, which was the sixth incident in Uttar Pradesh in seven months.

Superintendent of Police, Unnao, Neha Pandey said that at around 2 PM, 11 coaches of the Lucknow-bound Lokmanya Tilak Express from Mumbai derailed when the train was crossing platform number 3 of Unnao railway station, about 20 km from Kanpur.

According to sources, of the 11 coaches, nine were air conditioned ones.

Since the speed of the train was slow, a major tragedy was averted and all passengers are safe, she said, adding some of them, however, sustained minor injuries when they jostled to rush out of the train following derailment.

Provision of first aid, water and food was made immediately for the shocked passengers.

Alternative arrangements were also made to send the stranded passengers by buses to Lucknow, Pandey said.

The derailment led to delay in the movement of certain trains on the Lucknow-Kanpur section as a portion of the track was damaged.

Senior officials of the Railway and district authorities rushed to the spot. A team of UP Anti-Terrorism Squad (ATS) also reached the accident site to conducted preliminary investigation if there was any terror angle behind the derailment.

SDM Sadar of Unnao Megha Roopam said a dog squad was already at the spot to detect any foul play.

Chairman of Railway Board has been asked by the Railway ministry to initiate action against the guilty.

In a tweet, the Ministry of Railways said, “#Unnao derailment SEC Kanpur-Lucknow Train22121 (LTT-LKO), No injury to any passenger: MR@sureshpprabhu directed CRB to take strict action.

“#Unnao Train Derailment Train-22121 At Unnao stn Near gate No 34, No injury to any passengers.

“#Unnao Train Derailment Train-22121 At Unnao stn, No injury to any passengers: GM/NR & DRM /LKO rushed to the Accident site.”

The train, which started from Meerut, derailed between Mundapandey and Rampur railway stations.

On February 20, 2017, three coaches and the engine of Kalindi Express derailed after colliding with a goods train at the Tundla Junction in Uttar Pradesh.

The train which runs between Kanpur Central and Bhiwani (Haryana) was reportedly slow while entering the station thereby causing no injuries.

The two trains an express train and a freight train were running on the same track and thus the express train rammed into the freight one from the back.

On March 30, 2017, at least 12 persons were injured after eight coaches of the Jabalpur-Nizamuddin Mahakaushal Express derailed near Kulpahar railway station in Mahoba.

Preliminary investigation suggested a weld failure in the rail, which led to the accident.

The driver of the train told the railway officers that he felt a violent jerk when the train was running at 103 kmph.

In one of the worst train mishaps in recent months, 150 people lost their lives in a major train accident at Pukhrayan near Kanpur in November last year.