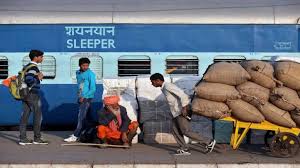 The Traffic Transportation branch of Railway Board has revised the freight rates for transportation of coal and coke that will be effective from January 15th.

In an interview Sachin Bhanushali, Director and CEO of Gateway Rail Freight spoke about the latest happenings in his company and sector. 40 percent of the cargo comprises of coal and coke related cargo, he said.

The overall cost structure of Indian Railways has always been under pressure because almost about 50 percent of its cost comprises of the staff cost, so there is continuous inflationary pressure on railways cost, he added.

The demand of the power sector for Indian coal over a period of last three-four years has been robust because of change in policy, said Bhanushali.

Freight rate hikes by railway usually come in parts, so it is very difficult to predict, he further mentioned.

Going forward, a little bit of correction in terms of sectoral increase in freight rate like coal, coke as well as the commodities, for which there is demand, can be anywhere between 5 percent and 7 percent but I don’t expect it to be across the board, Bhanushali added.

Speaking of initial public offering (IPO), he said that as of now there is no plan of an IPO.