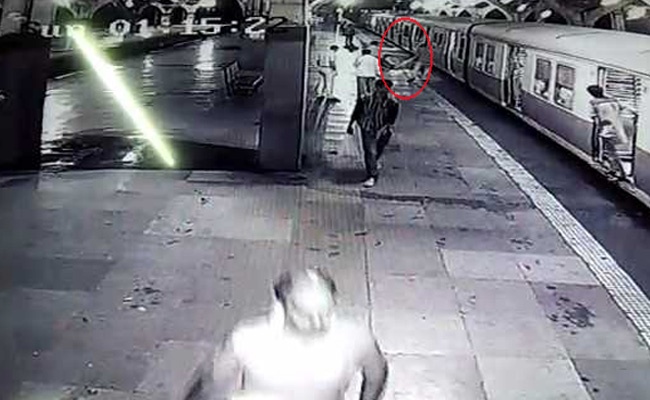 A man lay injured on a train platform after falling off a moving train in Navi Mumbai, only to be thrown on to another train by railway police fifteen minutes later. He died hours later as a result of the apathy. Action was taken against the constable and two home guards after surveillance footage of the incident, which took place last month, went viral, railways officials said today.

The unnamed commuter was trying to get off a speeding suburban train at Navi Mumbai’s Sanpada Station when he fell off and injured himself. He was approached by a Railways Police constable and two Home Guards but instead of rushing the man to the hospital or providing first-aid, the three officials flung the injured passenger on the next train that arrived after fifteen minutes. Onlookers too turned a blind eye to the motionless man.

he suburban train was headed to Panvel and was diverted to the yard for maintenance, reported Mid-Day. The next morning, the man was discovered by cleaning staff who took him to Panvel Rural Hospital where he was declared dead on arrival.

The incident that took place in the early hours of July 23 came to light after surveillance footage from the train platform went viral. The GRP constable from the video was suspended and the two home guards were sacked, according to Mumbai Mirror.