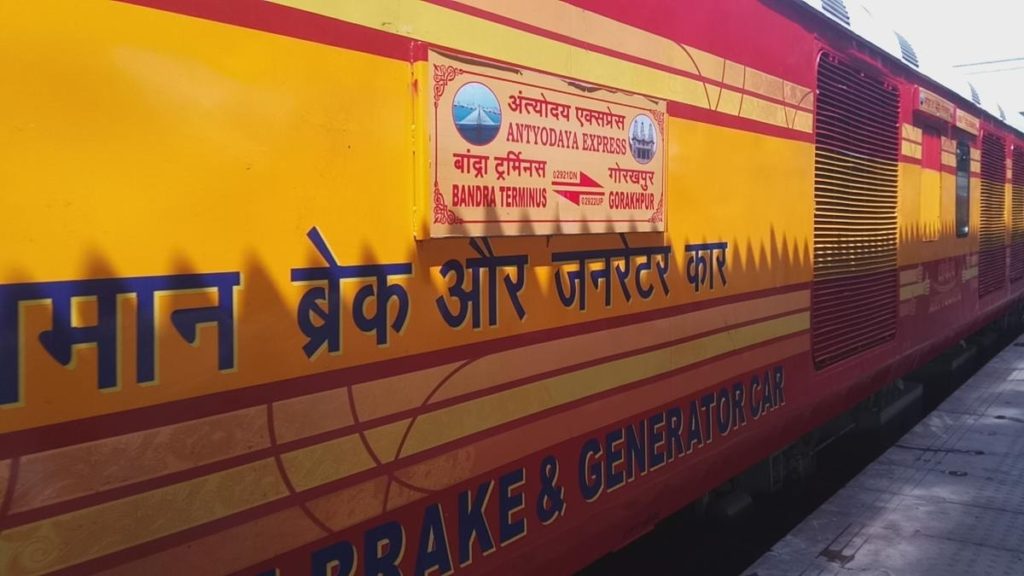 A rivalry between two Divisions under two different Zonal Railways, “to show dominance over a new train” Antyodaya Express, led to a fight between drivers at Bharatpur Junction in Rajasthan last month, putting at risk the safety of passengers and delaying the train for hours.

The issue pertained to who would drive the Gorakhpur-Bandra train between Mathura and Kota section. On the first trip, which was flagged off by then-railway minister Suresh Prabhu, the Agra division driver had taken the train on the route, but on the second instance, the Kota division claimed their right to helm the locomotive.

Divisional Railway Manager of Agra, Ranjan Yadav said the fights, which delayed the weekly train for a few hours, occurred due to overlapping schedules made by the two divisions — Kota and Agra.

“It rarely happens that schedules of crew from the two divisions overlap,” a train driver said, but added, “It’s also true that often divisions’ drivers enter into a rivalry to show their dominance on a new train.”

The issue was resolved on September 1, when the Chief Passenger Traffic Manager of the NCR division issued a letter of compromise.

SAFETY OF PASSENGERS AT RISK

In the wake of recent train derailments in the region, the fight between divisions of railways poses a grave threat to safety of passengers due to the drivers’ lack of concern over passengers’ well-being.

“A train driver is supposed to concentrate on his job. He is not supposed to carry dozens of people for his safety inside the engine. The two divisions have risked the lives of passengers,” said a source.

A report by loco inspector M K Meena, who was present at the time of the incident, said on August 22, the train driver Mukherjee was beaten up and had to be treated by a doctor. The Railway Police Force (RPF) stood as mute spectators.

On August 29, the situation was tense as the Agra division driver had brought dozens of colleagues with him, fearing assaults by the Kota division staff. A fight was prevented, but the train was delayed for half an hour. The Indian Railway Loco Running Organisation, a registered association of train drivers, wrote a detailed report to the Railway Board narrating the incident.

The fights come at a time when the Indian Railways faces a 20% shortage of drivers across the country.