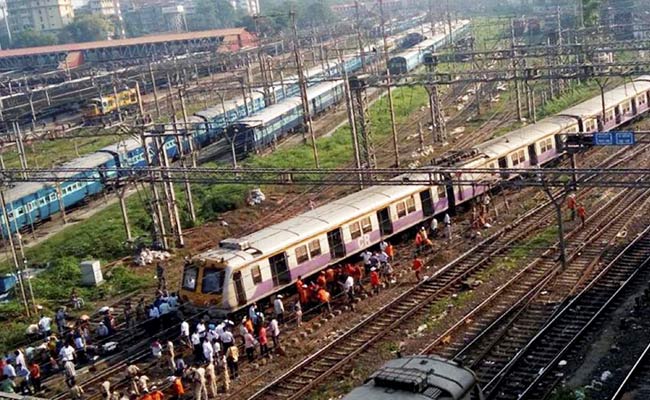 Two wheels of the motorman’s coach of a local train derailed this afternoon at the Chhatrapati Shivaji Maharaj Terminus (CSMT) here, disrupting the service on two platforms of the station, a railway official said.

No injury or casualty was reported in the mishap, which took place just two days after a stampede at the Elphinstone Road railway station in which 23 people died and over 30 were injured.

The two wheels of the train, headed to Karjat in neighbouring Raigad district from CSMT in South Mumbai, derailed a couple of minutes after it left from platform no 5 at 1.43 pm, Central Railway’s Public Relations Officer AK Singh said.

Around 50 to 60 passengers were on-board the train when the mishap occurred. The passengers later alighted from it to take alternative trains to their destinations, he said.

No injury was reported in the incident, he said.

The suburban train services on platform no 5 and 6 at CSMT were affected due to the derailment, the official said.

Senior railway officers were at the spot, he said, adding that the work to put the train back on track was underway.