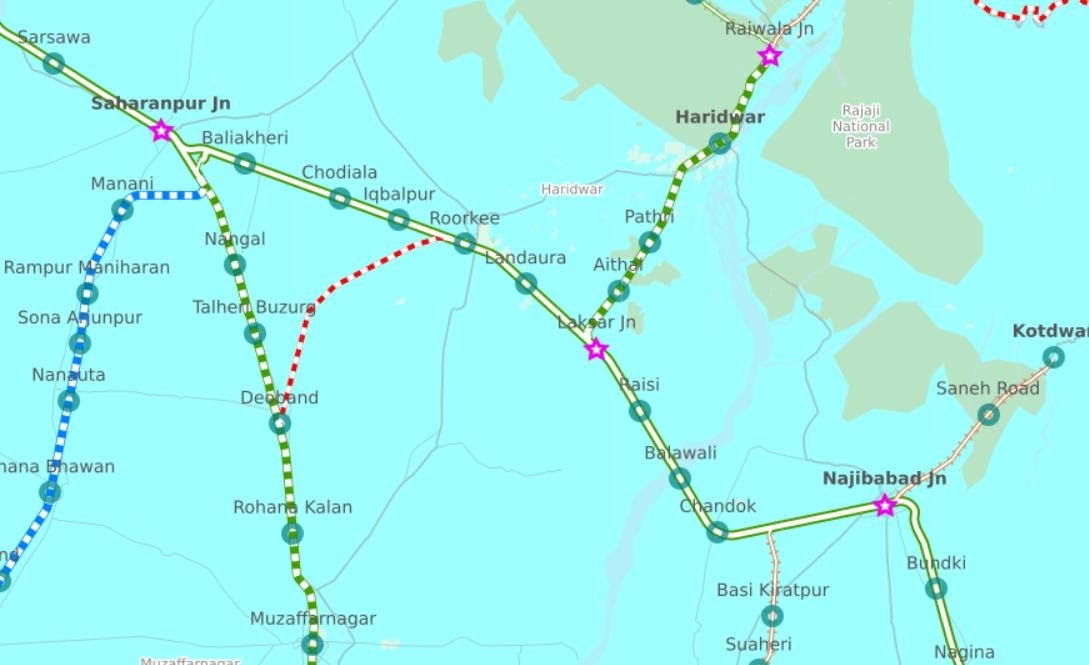 A railway link that aims to reduce the distance and travel time between Delhi and Dehradun is now one step closer. The land acquisition process for the Roorkee (Moradabad Division/NR) – Deoband (Delhi Division/NR) rail line which will reduce the travelling distance between Dehradun and Delhi by 42 km and the journey time by almost two hours is complete.

The authorities working on the project said that acquisition of land in only one village is left and this would also finish within two days. For the Rs 791 crore rail line project, a total of 51 hectares of land spread across five villages has been acquired.

On Monday, chief secretary Utpal Kumar Singh took stock of the current situation of the 27km rail line project. The rail line would have 30 small and four large bridges as well.

The Centre and the state are sharing the expenses of the project on a 50-50 basis.

The Roorkee-Deoband rail line project got the Centre’s nod in June last year. The approval had come after CM Trivendra Singh Rawat met Prime Minister Narendra Modi over the matter.

In fact, Prime Minister Narendra Modi, while  reviewing PRAGTI (Pro Active Governance and Timely Implementation) last year on 24th May 2017, enquired into the present status of Deoband-Roorkee rail track laying project for which the Chief Secretary assured that the half of the cost-estimated to be around Rs 153 crore aside from Rs .400 crore to be spent on land acquisition- involving the Deoband-Roorkee rail track laying project would be borne by the State Government.

CS also informed Prime Minister that Deoband-Roorkee rail  link project  is logistically important for the state. Once it is completed the present 42 kilometer distance between Roorkee and Muzaffarnagar would be substantially reduced. The 27.45 kilometer long rail line would have 30 small and four large bridges as well.