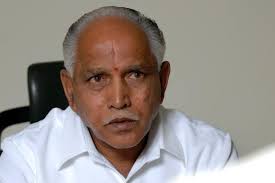 Expressing unhappiness about the Railway Ministry, Ministers Priyank Kharge and Sharanprakash Patil will boycott the inaugural programme of the Rail Bogie Karkhana at Kadechur-Badiyal Industrial area in Yadgir district on Friday.

Talking over the phone from Bengaluru, the Ministers expressed anguish over the Railway Ministry neglecting the region and also elected representatives. “Being the Minister of the district where the Karkhana came up, I was not invited as per protocol,” Mr. Priyank Kharge said.

Mr. Kharge said Railway Minister Suresh Prabhu should understand the project came up because of M. Mallikarjun Kharge, MP and Leader of the Congress in the Lok Sabha, who dreamed to develop the backward area with this project. Mr. Prabhu, however, did not invite Mr. Mallikarjun Kharge as per protocol.

The foundation stone to establish FIAT Rail Bogie Karkhana was laid in 2014 on 150 acres of land in Kadechur and Badiyal Industrial Area. The land was handed over by the State government for free and Tata Projects Ltd. completed the project at a cost of Rs. 80.92 crore for Rail Vikas Nigam Ltd.

According to the South Central Railway headquarters at Secunderabad, Mr.Suresh Prabhu will inaugurate the Rail Bogie Karkhana at Yadgir through video-conferencing on Friday.