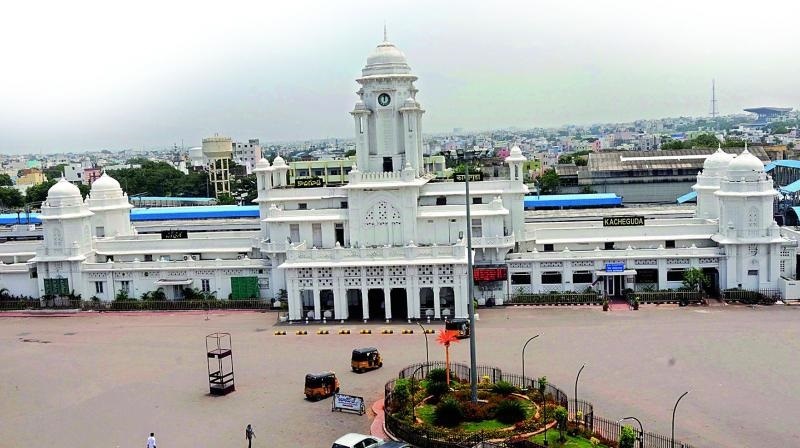 With the provision of these energy efficient LED luminaries, BLDC fans and Inverter type AC units, it will save about 1.76 Lakh units and Rs. 14.08 Lakhs per annum with reduction of the connected load by 46.18 kW for Railways. Shri Vinod Kumar Yadav, General Manager, SCR complimented Shri Arun Kumar Jain, Divisional Railway Manager, Hyderabad Division for the achievement. The initiative was possible on account of the efforts of Shri V. Venkata Ramana, Senior Divisional Electrical Engineer and Shri P. Prem Kumar, Senior Section Electrical Engineer, Kacheguda, Hyderabad Division who put in extensive efforts which made it possible to achieve this distinction.

The Kacheguda Railway station is a historic and the most beautiful Station building on South Central Railway and one of the landmarks of Hyderabad city which has completed 100 years. Situated in the Heart of the city of Hyderabad, this imposing structure was built in the year 1916 by the Nizam’s Guaranteed State Railway during the reign of Mir Osman Ali Khan, the seventh Nizam.