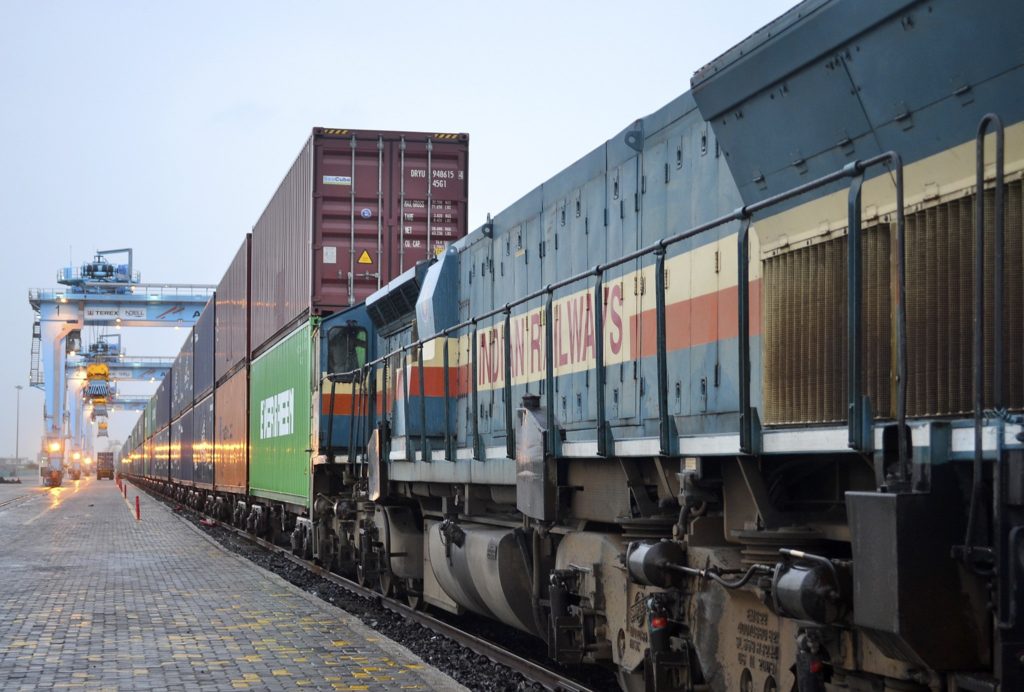 Jawaharlal Nehru Port Trust (JNPT) announced that work on its much-awaited fourth mega container terminal awarded to PSA International has been completed and that commercial operations will begin soon, paving the way for quicker turnaround of vessels and cargo at India’s busiest public container gateway.

PSA International has been preparing itself to give BMCT — touted as the single largest foreign direct investment in the Indian port sector — a head-start over peers in the region, with its efficiency seen as a key competitive differentiator in an increasingly competitive market. The company has put in place sophisticated supply chains to receive and deliver cargo, including four dedicated railway lines capable of handling 1.5-kilometer (0.9-mile) trains with a loading capacity of 360 TEU. Equally important, these rail-sidings conform to the requirements of Indian Railways’ under-construction Dedicated Freight Corridor (DFC) linking JNPT with northern hinterland points.

Other features include special train operation arrangements with Container Corporation of India (CONCOR) and a deal with domestic multi-modal logistics provider PNP Maritime Services to operate a regular container-on-barge service between JNPT and Dharamtar Port.

When fully operational, BMCT will have a 6,562-foot quay, a 494-acre storage yard, 24 quay cranes, and an annual capacity of 4.8 million TEU, doubling JNPT’s combined capacity to nearly 10 million TEU.

JNPT said in statement that “The development of the fourth container terminal reinforces JNPT’s position as the premier container port of India.”

Currently, JNPT encompasses a port-owned terminal, two facilities operated by DP World and one by APM Terminals. While the port has come a long way since the days of off-and-on labor flare-ups and gate closings in 2015 and early 2016, on the back of gate automation and other ease-of-doing-business measures, it needs to work harder to fend-off aggressive efforts by private rivals, especially Adani Group’s Mundra Port, to poach its business.

Industry sources told that Bharat Mumbai Container Terminals (BMCT) has already commenced partial operations and that several major carriers currently using other terminals in JNPT are expected to switch their weekly calls to the new terminal in the coming weeks, as full-fledged operations get under way.

The start of operations at the new treminal comes as JNPT battles serious capacity issues stemming from rapidly growing traffic: fiscal 2017 to 2018 throughput is expected to exceed the record 4.5 million TEU booked in fiscal 2016 to 2017 that ended in March.

JNPT said in a statement that “The port and the Ministry of Shipping has provided all supporting infrastructure and assistance on a continuous basis for operationalization of the terminal, thus fulfilling the initiatives of the prestigious Sagar Mala initiatives and will also help cater to the growing demands and expectations of India’s growing exim [export-import] trade.”

JNPT will develop dry ports in the Jalna and Wardha region of Maharashtra. Both Wardha and Jalna dry port will be connected by dedicated freight rail corridor and expressway. Nitin Gadkari, Minister of Shipping has performed bhoomipoojan for Wardha dry port. These dry ports will cater effective logistics services to the industries in Vidarbha and Aurangabad region and improve cargo throughput at the Port.

The proposed Wardha Dry Port is to be constructed over an area of 350 acres in phased development with a total estimated investment of Rs 500 Crore. The Phase-I would involve the development of around 25 Ha of the total area, with an estimated cost of Rs.180 Crores (including private investment of Rs. 79 Crore).

The proposed Wardha dry port is estimated to generate traffic of almost 7,000-9,000 TEUs in next 5-7 years. The traffic is expected to ramp up gradually to around 30,000 TEUs in the medium term (by 2030) considering the geographical location advantage, upcoming road and railway connectivity, increased focus on warehousing and other ancillary industries in the region. The project is expected to attract a direct employment of at least 1000 persons. The project would have the necessary facilities as a one-stop shop for the EXIM based industries such as customs clearance facilities, Container Freight Station, Warehousing Space, Cold Storage, Liquid Storage, truck terminals etc.

The site is strategically located around the Industrial belt of Nagpur & Wardha and is well connected to the other industrial regions in Vidarbha. The dry port would benefit the rice exporters, textile and garments industry, steel and minerals traders, scrap trade, plastics, and paper pulp, electrical machinery, automotive parts manufacturers etc. located in the region. Besides, domestic cargo movement is also expected to be routed through the dry port due to its logistical proximity to upcoming Nagpur-Mumbai super communication expressway, National Highways and railway connectivity.  The dry port shall get connected to the Central Railways network through Nagpur-Wardha line, to Nagpur-Mumbai Super Communication expressway and six-lane National highways connecting major cities of central, Southern and Northern India.

The Jalna port will come up close to Aurangabad, with an annual capacity of 20,000 TEUs. It will be located near Aurangabad – Jalna state highways and close to proposed Mumbai – Nagpur Samruddhi Corridor. Jalna Dry port will cover 163 hectares of government land and 22 hectares of agricultural land. The port will have customs bonded area where all import and exports can be handled. In the warehousing area, facilities like cold storage would be beneficial for farmers to store export quality agricultural produce. Both, Wardha and Jalna dry ports will commence operations in 2019.