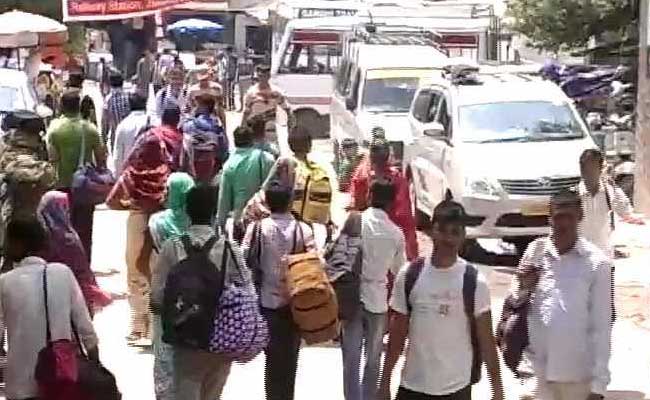 The Jammu railway station is on a high alert a day after a low intensity explosive device and a letter vowing revenge for the killing of Lashkar-e-Taiba commander Abu Dujana was found on a Jammu bound train. With inputs suggesting possible terrorist attacks ahead of the Independence Day, a high alert has been sounded and trains are being thoroughly checked and passengers frisked.

“We found some bags abandoned at the station, we searched and seized those. We are making foolproof security arrangements to ensure that there is no untoward incident ahead of the Independence Day,” said JK Kundal, Deputy Commandant Railway Protection Force.

Jammu railway station has been on the hit-list of terrorist in the past. In 2004, four security personnel were killed and 14 injured after terrorists attacked the railway station. Every day thousands of Vaishno Devi pilgrims reach Jammu by trains. Many expressed satisfaction at the elaborate security arrangements.

“There are adequate security arrangements in place. We don’t see any problem. Security forces are deployed everywhere, gadgetry is also installed,” said a pilgrim Sunil Yadav.