IRCTC, Railways busts one of the Biggest e-Ticket Rackets

May 10, 2018 Posted by Indian Railways Updates Indian Raliways News Comments Off on IRCTC, Railways busts one of the Biggest e-Ticket Rackets 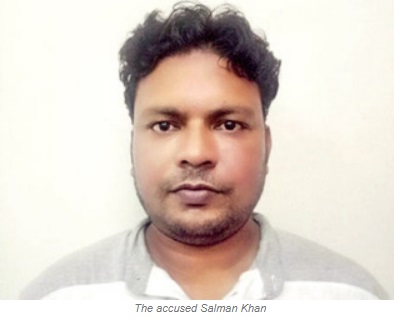 Over 6,000 e-tickets valued at Rs 1.5 crore seized; the accused had a network of 5,400 agents. How is it that some travel agents manage to book confirmed railway tickets under Tatkal category, while thousands of passengers queue up in vain at reservation counters or click unsuccessfully at their computers? On May 2, the Central Railway (CR) authorities arrested a 32-year-old man in one of the biggest railway ticket rackets and seized over 6000 e-tickets (PNR numbers) valued at around Rs 1.5 crore.

Identified as Salman Khan, the accused allegedly operated a network of 5,400 agents across the country. He charged Rs 700 per month from each agent to use his software. According to a CR official, Khan generated around 6,000 PNRs daily. A native of Zila Gonda in Uttar Pradesh, Khan was arrested by CBI in 2012 for his involvement in ticket touting but later released on bail.

According to Sachin Bhalode, senior divisional security commissioner of CR, a raid was conducted on May 2 by the vigilance team along with Railway Police Force’s (RPF) Crime Intelligence Branch (Panvel) and anti-tout squad of Chatrapati Shivaji Maharaj Terminus and Oshivara Police in Jogeshwari (West). During the check, Khan was arrested with his laptop; from his server, 80 e-tickets amounting to Rs 104,465 were recovered. A case was registered against him by RPF, Byculla, under section 143 of Railways Act.

On May 3, when his server was screened further, 6,603 PNRs amounting to Rs 1.47 crore were detected. “It seems like a very big racket. Further investigation is underway and we are taking help of IT experts to retrieve data deleted by the accused from his laptop,” said Bhalode. “The names of passengers whose tickets have been seized will not appear in the passenger charts,” said Sunil Udasi, chief public relations officer, CR.

According to a railway official, Khan used an unlawful software named ‘Counter’ that subverted the railways reservation system, allowing the agents to book hundreds of Tatkal tickets at a single click of mouse. The software, once installed on the agents’ computers, needed a username and password which Salman allegedly changed from time to time to ensure recurring payments. Through the software, Khan could also keep a statement of all the tickets booked across the country.

Subhash Gupta, former member of Zonal Railways’ Users Consultative Council, told, “It’s not enough that we arrest touts and recover tickets from them. It is necessary that the IRCTC website is strengthened against such automation software. The IT department of IRCTC should come down heavily on such software so that thousands of passengers logging on to the website are not cheated. Unless this case is taken to its logical conclusion, the recovery of crores of rupees will be of no value.”

How does the software operate?

The software, ‘Counter’, facilitates opening of multiple windows at the same time. Before the booking time, data is filled into all these windows. The moment booking opens, the opened windows by-pass IRCTC captcha and bank OTPs, allowing the user to fraudulently gain unauthorised access to IRCTC network. In normal course, it takes 60-90 seconds to generate a single PNR. This illegal software enables the user to book multiple Tatkal tickets online in less than 30-40 seconds, generating PNRs in no time. “As the number of seats is limited, the use of this software denies a genuine and authorised passenger fair access to the IRCTC server for confirmed Tatkal tickets,” said officials.