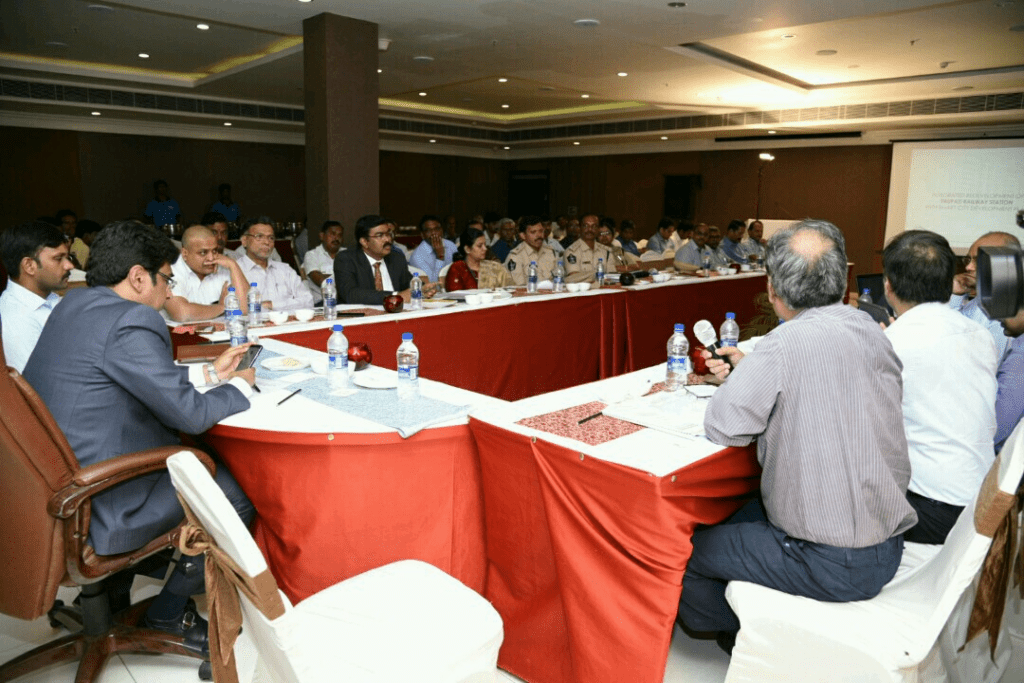 The meeting was focused on major and minor issues pertaining to integrated development of Tirupati and Nellore Railway stations. Major issues such as providing of culvert near LC.No.106 near Poojita residency to avoid the inundation of the proposed southern entrance for Tirupati railway station, Railway Under bridge (RUB) at Rayalcheruvu gate and relocation of the railway reservation counter to have better look and feel to the Govindaraj Swamy pushkarini to be taken up under smart city mission etc.