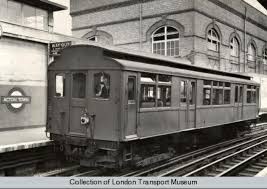 The Indian Steel Association, an industry body representing companies accounting for 60 percent of the crude steel produced in the country, has sought Steel Secretary Aruna Sharma’s intervention to resolve the issue of shortage of rail rakes. The lack of movement of raw materials like iron-ore and coal from mines as well as ports has forced steel manufacturers to scale back production.

The problem is more acute in case of movement of iron-ore from south eastern and east coast railways, and imported coal docked at Paradip, Dhamra and Vishakhapatanam ports.

The affected producers include state-owned manufacturers like Steel Authority of India and Rashtriya Ispat Nigam, private companies like Jindal Steel & Power and Bhushan Steel, and many smaller plants located in Chhattisgarh, Jharkhand and Odisha.

In a December 13 letter written to Sharma, Indian Steel Association’s Secretary General and Executive Head Bhaskar Chatterjee requested the secretary to take up the matter with the Railways “at the highest level”.

“We request your urgent intervention to restore the rake supply to steel sector pre-October levels and meet its demand. The steel industry needs a minimum of 35-40 additional rakes per day for meeting its raw material requirements then (sic) than is being available at present,” Chhatterjee wrote in the letter, a copy of which was seen by Moneycontrol.

The shortage of rail rakes has led to a piquant situation, according to the letter.  While on one hand, it has led to a shortage of raw material supplies to steel plants, there is also an inventory pile-up of the finished steel product which is hurting both its domestic as well as export volumes.

The letter pointed out that iron-ore stocks at several steel plants had reached critical levels and some companies could be forced to suspend production.