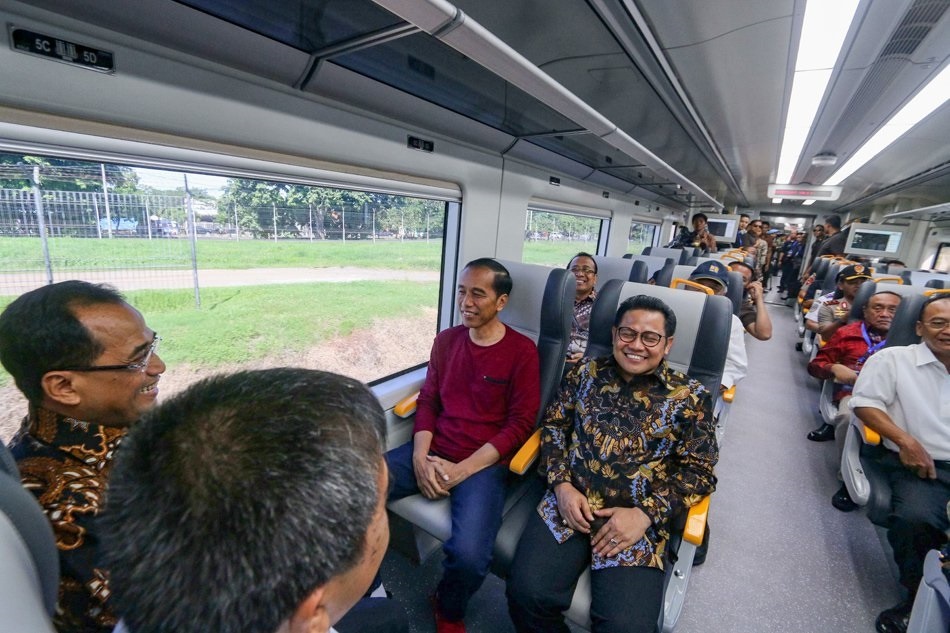 Indonesia’s main aviation hub opened a new railway service to Jakarta on Tuesday, in an effort to tackle massive traffic congestion that has choked the city’s roads and highways for years. Jakarta had been one of the few Asian capitals lacking a rail connection to its main airport.

The new railway service, with a price tag of 5 trillion rupiah ($369 million), was inaugurated by President Joko Widodo, following a week of public testing. It links Soekarno-Hatta International Airport, in Tangerang, Banten Province, with two other stations — including the Sudirman Baru station in the heart of Jakarta’s business district.

The 34-kilometer rail journey from Jakarta to the airport takes nearly an hour. That compares with a two- to three-hour — or more — drive by car, depending on traffic conditions. The new rail service is expected to alleviate the worsening gridlock to and from the airport, which has seen an increasing number of passengers over the years and is anticipating further growth.

Once fully operational next year, the railway will have a total of five stops and stretch 37 kilometers — most of which will be on existing tracks already in use by greater Jakarta’s commuter lines, and which partly explains the airport service’s limited speed.

The Soekarno-Hatta station is linked to the airport’s three terminals with the newly launched Skytrain, an automated people mover service.

Meanwhile, work is underway to connect some of the stations in Jakarta with other public transportation — including the existing commuter lines and TransJakarta bus system, as well as the metro and light-rail transit networks that are currently under construction.

“They will all be integrated — busway, MRT, LRT and the airport railway,” Widodo said to reporters after the launching ceremony. “We hope the public will use less private cars, and instead move to safe and convenient public transports that we can use together across greater Jakarta and to the airport.”

The construction of the airport link began in 2014, near the end of former President Susilo Bambang Yudhoyono’s term. It is Indonesia’s second airport railway — with the first connecting Kualanamu Airport in North Sumatra with Medan, the provincial capital, that began operation in 2013.

Both projects are owned by Railink, a joint venture between state-owned railway operator Kereta Api Indonesia and airport operator Angkasa Pura II. Railink is mulling a third railway project that would connect Yogyakarta Province, a tourism hub on Java island, with a planned new airport.