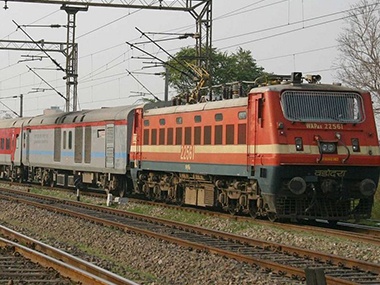 Trolley service for catering, polite uniformed staff and on-board entertainment are some of the changes slated to be introduced in Rajdhani and Shatabdi trains from October 2017.

Aiming at enhancing the experience of passengers travelling by these premier trains, Indian Railways has undertaken a complete makeover exercise in 30 trains — 15 Rajdhani and 15 Shatabdi — at an estimated cost of Rs 25 crore.

Targeting the festive season which begins from October, railways have launched a three-month programme under Project Swarn to refurbish coach interiors, and improving toilets and cleanliness in coaches.

There have been complaints pertaining to catering, punctuality, toilet cleanliness and quality of linen among others things in these trains.

It has been decided to improve services in these premier trains significantly and accordingly the Project Swarn has been launched with a three-month timeline, said a Railway ministry official involved with the project.

The project also envisages strengthening of security system in trains with adequate escort by personnel of the Railway Police Force.

Rajdhani Express meant for Mumbai, Howrah, Patna, Ranchi and Bhubaneswar are among the trains selected for service upgradation.

Shatabdi trains of Howrah-Puri, New Delhi-Chandigarh, New Delhi-Kanpur, Howrah-Ranchi, and Anand Vihar-Kathgodam are also among the trains selected for the makeover exercise.

Steps will be taken for improving punctuality by reducing delays in premier trains, the official said.

A new uniform has also been designed for staff in these premier trains.

Passengers will be offered movies, serials and music among other facilities as an on-board entertainment package.