Jun 28, 2017 Posted by Indian Railways Updates Indian Raliways News Comments Off on Indian railways to reduce emission by 33% by 2030 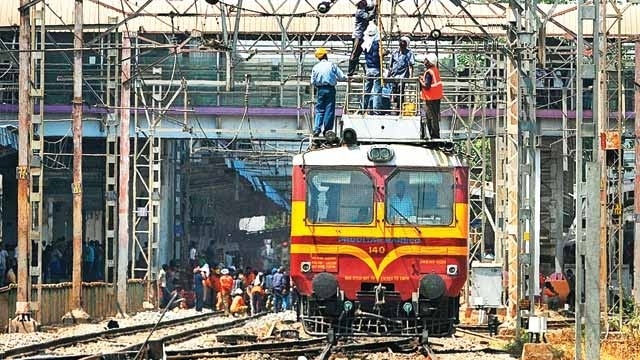 Going green, the Indian Railways is stepping up efforts to reduce emission by 33% in the next 10-12 years through sustained energy efficiency measures and and maximum use of clean fuel.

Promoting low carbon mass transportation system, the Railways will be using 5% bio diesel and CNG/LNG for traction while stepping up use of renewables up to 10% of its energy needs by 2030. Besides, state-of-the-art energy efficient locomotives and regenerative braking system will be the order of the day for the Railways to reduce emission level considerably.

The Indian Railways is 12 times more energy efficient in freight traffic and three times more in passenger traffic compared to roadways, said a senior Railway Ministry official involved with green initiatives undertaken by the public transporter. Use of renewable sources of energy will be promoted for which a big target has been set to achieve 1000 MW of solar power and 170 MW of wind power installed capacities.

While about 20 MW of solar power plant on roof top has already been commissioned, wind power of 36 MW has been commissioned. In order to reduce carbon footprint, a low carbon growth strategy has been adopted to reduce emission intensity by 33% by the year 2030 with 2005 as the base year by improving traction fuel and energy efficiency, he said.

On the water front, the national transporter has decided to recycle water and promote rain water harvesting systems and revival of water bodies across the country. There is a concerted efforts for increasing forest cover on railway land. The target of tree plantation on rail land is 5 crore trees in the next three years.

“This year 1.2 crore trees have been planted against a target of 1.15 crore,” the official said. Railways have also commenced recycling of solid waste and generating energy from it. Fitting bio-toilets in its entire 55,000 strong fleet of coaches by 2019 is another green initiative of the Railways.