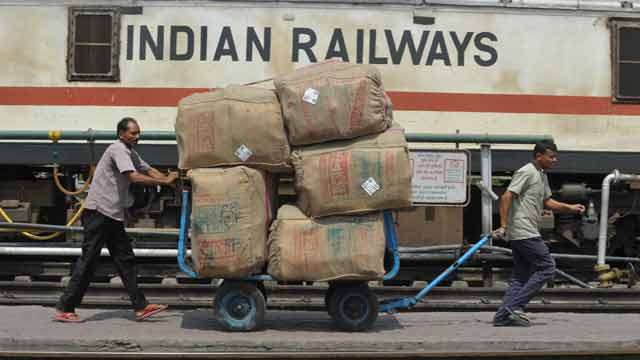 A government job is said to be cushy as apart from salaries, perks, and regular bonus; they have 7-8hours work shifts or even less. However, on November 13, the Railway Board in Delhi ensured that the 14-lakh staff working for the Indian Railways come out of their comfort zone.

For the first time, supervisors who head departments will be issuing certificates stating that an employee was present at work.

‘All employees in control of staff should give a certificate that they do not have any employee on their rolls who do not physically exist,’ states a circular issued by the Railway Board to all General Managers across Indian Railways.

The circular issued by the Member (Staff) DK Gayen – who heads the Human Resources department for the whole of Indian Railways – also stated that random surprise checks should be conducted by inspectors of Personnel department and respective department. It has also asked for reviewing and listing names of unauthorised absentees in each department and unit. A copy of this is with DNA.

The officers and supervisors approving the muster role will also have to give a certificate that all the staff who are getting their salaries where physically present on duty during the period. Not just this, every department will review the attendance sheet and weed out employees whose presence is based on mere proxy marking on the muster.

Sources said that the Chairman of Railway Board, Ashwani Lohani when he assumed charge, had told that steps would be taken to monitor the performance of people.

This is an important step as the coach production units, workshops, and car sheds where rakes are maintained and upgraded comprise of huge working staff. With lesser people actually on the ground for maintenance and upkeep of rail assets; the quality of coaches, basic amenities inside like seats, toilet blocks, fans and linen provided to passengers gets ignored.

“These staffs are our eyes and ears. If they aren’t present then it is bound to have severe repercussions even in areas that come under safety category,” said a senior railway official.

There are instances where people come to work in the morning, sign muster and leave after a couple of hours either for personal work or for the affiliated rail unions. The end result is that the number of people needed to ensure quality work be it in production and upkeep of rail tracks, coaches, cables and signaling systems is insufficient.

This circular is also a jolt to the railway unions who have been playing an active role in shaping the Indian Railways. The unions at these places of work result in employees not giving the desired time and effort.

The administration will be monitoring people to see if they are skipping work to balance out time for these registered unions. In fact, recently the General Manager of Western Railway AK Gupta had made a surprise check in his own office building at Churchgate where he caught women staff from another department, chit chatting even after lunch hours.

Praveen Bajpai, general secretary, Central Railway Mazdoor Sangh said: The staff knows the responsibilities and job well. There is no need for anyone to monitor. Everyday railway men open ticket booking windows, loco pilots and guards run trains, gangmen maintain tracks and other employees do their work; without anyone from administration telling them. Rather the Railway administration should concentrate on filling up over 2.5 lakh vacant posts which are causing a burden on other rail employees.

Ajay Singh, divisional secretary, Western Railway Mazdoor Sangh said: “This circular has asked to take action against those who go on unauthorised leaves of more than 21 days. It is not as if the staff sign on the muster and leave as there is a lot of work and the administration isn’t filling up posts which results in undue pressue”.