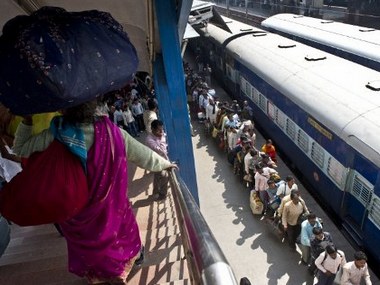 The Indian Railways collected Rs 1,407 crore through cancellation of reserved tickets on the request of the commuters in the fiscal year 2016-17, registering a 25.29 percent rise over previous year’s earning under this head.

This information was revealed by the Centre for Railway Information Systems (CRIS), an autonomous organisation under the Ministry of Railways, in response to a query under the Right to Information (RTI) by activist Chandrashekhar Gaud.

“In its reply, the CRIS informed that earnings through ticket cancellation has gone up to Rs 14.07 billion during fiscal 2016-17, from Rs 11.23 billion in 2015-16. The earnings under this head amount were Rs 9.08 billion in fiscal 2014-15. This information is provided under the Passenger Reservation System (PRS),” Gaud told PTI on Wednesday.

The Railways is also earning revenue through the cancellation of unreserved tickets.

Gaud said the rules related to the refund on cancelled tickets were changed in November 2015 under Railway Passengers (cancellation of tickets and refund of fare) Rules 2015, under which cancellation fee was increased up to two times.

The RTI activist claimed that although he had sought the files related to the amendments to rules, the transporter refused to provide this information terming it as part of the ‘commercial confidence.’

Gaud said the Railways should change the rules for the refund in the interest of passengers.