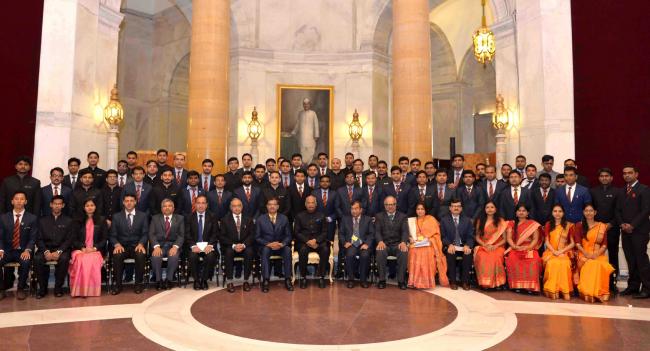 Addressing a group of probationary officers of various rail services, he said that the rail network helps maintain and spread the country’s cultural heritage and traditions.

The president said Indian Railways is an institution for national service and nation building, a statement issued by the Rashtrapati Bhavan quoted him as saying.

“Be it by mean of special trains run to accommodate the rush for Kumbh Melas or the majestic ‘Palace on Wheels’ that captures the imagination of people around the globe,” he said.

Kovind said that trains are emerging as a means of mass rapid transport within cities.

“Metro Rail projects are being adopted by more and more cities in a bid to provide fast, secure and affordable urban connectivity,” the president said, adding that this would also help de-clog cities and reduce carbon footprint.

He reminded the probationary officers that they have joined an institution that provides them a unique opportunity to serve the nation and millions of citizens each day.

Kovind urged them to lead a life of optimism and develop a sense of positivity.

“This will allow them to make meaningful changes both at their work places as well as in society at large. It will also allow them to nurture a spirit of innovation and emerge as solution providers,” the president said.