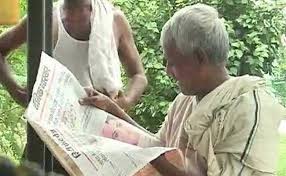 In Bihar’s Rajgir assembly constituency, 100 kilometres from Patna and in the home district of Chief Minister Nitish Kumar, Rajkishore Prasad and Sanjay Kumar Yadav are busy dissecting the day’s newspaper, seated some distance away from a railway line. They are trying hard to make sense of the political events in the last few days that saw Nitish Kumar ditch ally Lalu Yadav for the BJP. They are so engrossed they almost fail to notice when a train passes by.

Sanjay is particularly upset. Yadav voters like him are Lalu Yadav loyalists, a sizeable number in Rajgir along with forward castes. Their combined votes with Dalits, Muslims and Other Backward Castes like Kurmis and Koeris, helped Nitish Kumar’s Janata Dal United board the victory train in Rajgir – a seat the BJP won continuously, except one, since 1980. “It is like this. You start farming with one person, you sow the crop, you prepare it. Then, when it comes to the harvest, you go along with some other person… do you think this is acceptable?” says Sanjay, citing a farming parallel.

Some distance away, in the Muslim majority Kada village, the politics of crossovers is the hot discussion topic, with 21-year-old private teacher Mohd Saqib admitting Nitish Kumar may have the upper hand for now. “I think as of now Nitish has the numbers and the support base of the BJP. How Lalu will recuperate is difficult to say,” says Mohd Saqib.

Popular perception about the 2015 assembly polls suggests it was Lalu Yadav, almost politically defunct back them, who gained more from the alliance with Nitish Kumar. However, independent research by the portal India Spend suggests otherwise. Almost all of Lalu Yadav’s votes transferred to Nitish Kumar in over 75 seats in the 2015 polls, but the JDU votes did not go to RJD en masse. In over a decade it is the BJP that has been the most popular party in Bihar, followed by the RJD. Nitish Kumar’s party is a distant third, with only 17 of 100 people directly voting for the JDU in the last decade.

“You never know, he could ditch the BJP again. If he does so he will be destroyed,” chuckles Ram Chander Singh, a well off farmer from the upper caste Bhumihar community, who adds that Nitish Kumar ditching Lalu Yadav is perhaps the best thing he has heard in the last two years.

“Yes, perhaps Nitish disrespected the mandate but he did well for himself. The government was not working well at all,” he adds.