In a major boost to the Rail Wagon makers, IR place Work Orders for procurement of 9493 Wagons on Private Wagon Cos.

Jan 17, 2018 Posted by Indian Railways Updates Indian Raliways News Comments Off on In a major boost to the Rail Wagon makers, IR place Work Orders for procurement of 9493 Wagons on Private Wagon Cos. 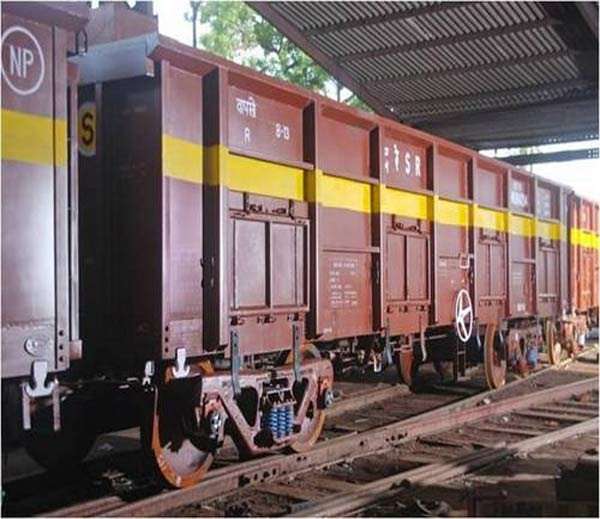 In a major boost to the rail wagon makers, Indian Railways has issued orders for 9,493 wagons to the private sector players, many of whom are listed entities, multiple industry sources have told RailNews.

The biggest beneficiary has been the Titagarh group controlled by the Kolkata-based Chowdhury family, which, among Titagarh Wagons and Cimmco Ltd, has cornered orders for 2,338 wagons, or about 25% of the total order given out.

After Titagarh, Texmaco Rail and Engineering, owned by Saroj Poddar, has emerged second, bagging an order for 1,764 units, the single largest given to any one company.

Jupiter Wagons, part-owned by Lohia family and Tatravagonka of Slovakia, has emerged third with an order count of 1,582 wagons.

Modern Industries, Hindustan Engineering, BESCO are some of the others who got smaller order quantities.

Coming after a significant delay, the railway-based industry sees the orders as the much needed lifeline for the sector, which has been struggling for the past several quarters, with some companies plunging into losses as the government still remains the key customer for the industry.

Industry sources rubbished news reports that the ordering of the tenders was scrapped due to alleged formation of cartels pushing up bid prices.

While it is true that values of wagons to be paid by Railways have doubled over previous year’s level, industry officials said this has to do with the change in the norms for tenders.

“In this order, there is no free material component to be provided by Railways. We have to buy them ourselves, which has pushed up the bids,” an industry player said.

In the 2016 order, Railways issued all the steel required for building the wagons plus the wheels and bearings.

“No free supply items will be provided to the firm against the subject contract. Steel, bearings and wheel sets will be purchased by the firm,” a letter accompanying each order said.

The release of the order closely follows a decision of the Railway Board to stop inordinate delays in awarding of all kinds of tenders.