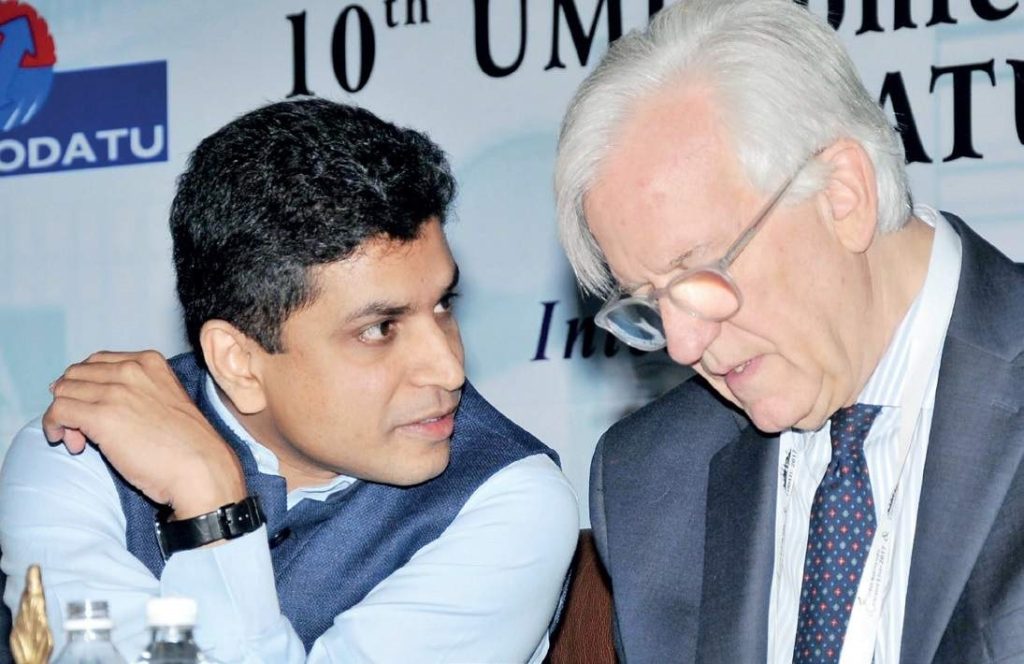 L&T Metro Rail Hyderabad (L&TMRH) has announced that trial runs between Begumpet to S.R. Nagar via the Ameerpet interchange station are now ready to commence with the Government of India’s Chief Electrical Inspector D.V.S. Raju according sanction for energisation of Overhead Electric Traction System (OETS).

Earlier on Monday, Mr. Raju conducted the statutory inspection of the overhead power systems where electricity is drawn from the 132/25Kv receiving station at the Uppal depot. The incoming supply to this is from the 220/132Kv main substation of TS Transco.

“Energising the traction system will help in commissioning the entire 30 km stretch from Nagole to Miyapur. This will also enable testing of other systems of metro rail,” he said. Trains can now be run from Nagole to Ameerpet to SR Nagar and also from Ameerpet to Miyapur with interchange station at Ameerpet.

Trail runs were completed and safety certification obtained for Nagole to Begumpet and Miypur to S.R. Nagar. Ameerpet station has also got power supply connection last week and it has led to the illumination and functioning of lifts and escalators at the interchange station.

L&TMRH MD and CEO Shivanand Nimbargi has informed that all the statutory requirements will be completed by November 20 to make the system ready for commissioning and inauguration while pointing out that the tests will conclude with the Commissioner of Metro Rail Safety (CMRS) inspections and clearances.

He, along with Anil Kumar Saini, Head, Railway systems of L&TMRH were with Mr. Raju during his inspection along with officials from the Independent Engineer Louie Berger and HMR.

Hyderabad Metro Rail (HMR) will certainly stand out when compared to the other metro projects commissioned or under construction in other cities across the country because it has been laying much emphasis on the facilities down below the stations for convenience of the commuters and pedestrians, affirmed MD N.V.S. Reddy on Monday.

“We are concentrating on improving the road and street infrastructure under the stations so that the contrast of ‘palaces’ built overhead is not too much. We are working on signages, putting railings for the entire station stretch to prevent spillover onto the main thoroughfare, service roads, earmarking of parking space based on vehicles priority starting with public transport buses, electric vehicles, etc.,” he informed.

Mr. Reddy was speaking at the ongoing Urban Mobility conference in the presence of transportation experts and other metro rail MDs when doubts were expressed about how the prevailing traffic chaos on the roads can be contained once the metro becomes operational.

Street furniture and pedestrian circulation areas near some stations where there was sufficient spaces for citizens to move around and relax were also some of the unique features of the project here. Footpaths of widths ranging from 15 ft to 50 ft are being provided at different stretches on both sides of the road, he added.

Just having an elevated metro rail project will prove of no help in improving urban mobility in Hyderabad, unless the government develops widespread rail connectivity across the city along with Bus Rapid Transport System (BRTS), said Pedro Ortiz, renowned urban planning expert and senior urban consultant with World Bank.

Ortiz said, “Hyderabad has a commuter train system but you are not using entire potential of the commuter train. It just goes through center(of the city), from one side to the other. There are many more things to do in Hyderabad to integrate the metropolitan transport system as a whole. You are building Hyderabad metro, that is great but when I superimpose the two elements (metro and commuter rail system), I don’t see an interconnection, an intermodality between train and the metro. The metro stations do not go into train stations. You have to get down of the train and get the metro.”

Ortiz further said that commuter railway network plays an extremely strategic role in a metro like Hyderabad and gave examples of metros like London and Stockholm which have a widespread and efficient network of railways, necessary for people to travel large distances in a metro.

It may be mentioned here that the MMTS network in Hyderabad has a length of just 47 kilometers and is inefficient with trains running late most of the times with less frequency.

Ortiz also stressed on the importance of developing bus feeder services for the metro rail simultaneously with construction of metro rail infrastructure and not after the metro is constructed.

However, the current situation is such that there are not enough number of buses with good frequency even on most of the regularly used routes in the city. He said that all the modes of transport need to be developed simultaneously and that these transport systems will not prove helpful unless they are efficiently integrated.