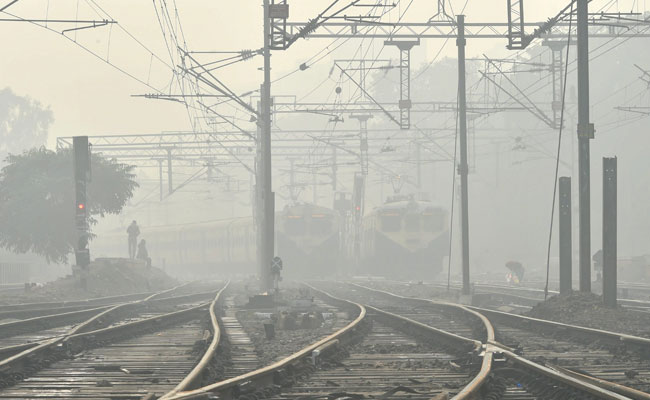 A new GPS-based system has been installed in all the locomotives of Northeast Frontier (NF) Railway to alert loco pilots about approaching signals and help run trains on schedule during heavy fog.

The equipment called FogPASS (Fog Pilot Assistance System for Safety), comprises an inbuilt battery and GPS antenna with magnetic base, has been installed in all the locomotives in NF Railway, Chief Public Relations Officer (CPRO) Pranav Jyoti Sharma said.
As the train moves, the new equipment will display a short description and the remaining distance of the next two landmarks in geographical order on the LCD screen.

The landmarks include signals of various types and level crossing gates, he said.

When a train approaches a station, the device will flash the distance left between the train and the home signal of that station. If the pilot is unable to physically see the signal, he would be aware of how far the train is from the signal and act accordingly.

There is also a provision of voice announcement in speakers attached with the device for drawing the attention of the drivers, the CPRO said. The new system is proving to be a boon to speed up trains during heavy fog, he said.

The device which weighs 1.5 kg is carried by the loco pilot at the time of assuming charge of the locomotive.

A total of 1101 such devices have already been allotted to locomotives of all divisions.

The railways has also deployed fog-men to place detonators on the tracks to alert the loco pilots about approaching signals, he said.

The Railways has also provided sufficient walkie-talkie sets to the crew and station staff, besides signal indication booklets to loco pilots.