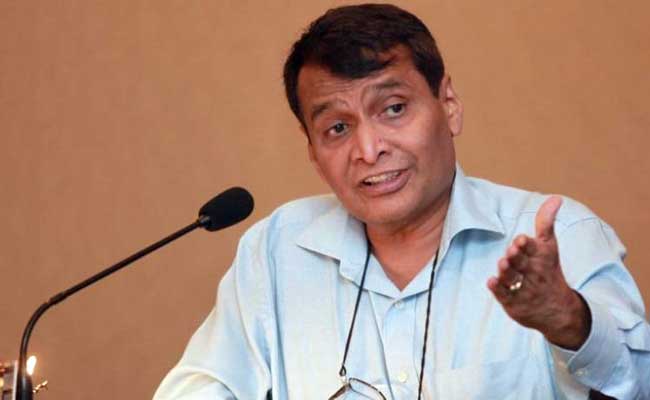 To fast-track creation of a robust infrastructure, the government has sanctioned plans for doubling and tripling of 16,500 km of railway tracks in few years as against only 22,000 km in last 70 years, Union Minister Suresh Prabhu said today.

“We have decided to create an infrastructure at a much faster pace…16,500 km of doubling and tripling will happen in the next few years as opposed to what 22,000 km was sanctioned in 70 years,” Railways Minister Suresh Prabhu said on the sidelines of a Assocham event here today.

Mr Prabhu said Railways is investing in infrastrucutre to create seamless movement of traffic so that GST becomes a gamechanger wherein goods are moved without hassle.

“Only 42 per cent of electrification has been made so far which will double in next five years,” the minister said addressing the conference on ‘India – on the Cusp of a Logistics Revolution.’

He said, “We are already creating about 100 private freight terminals with private participation so that more and more traffic can come to the railways”.

The Railways plans to save about Rs. 41,000 crore in energy bills of which it has already saved about 10 per cent, he said.

“So, all of this will result in creating a good logistic backbone for India which will help it do much better business as logistics is key to success of industrialisation,” he said.

On low consumer price inflation, Mr Prabhu said it is the result of sound fiscal monetary policies in India.

“Our prime minister already said that people at large are suffering because of inflation being very high and the growth rate being low. So, it was double whammy. We actually reversed it, inflation is low and growth is high means the common people don’t have to spend too much money on their daily necessities and they will have more savings,” he said.