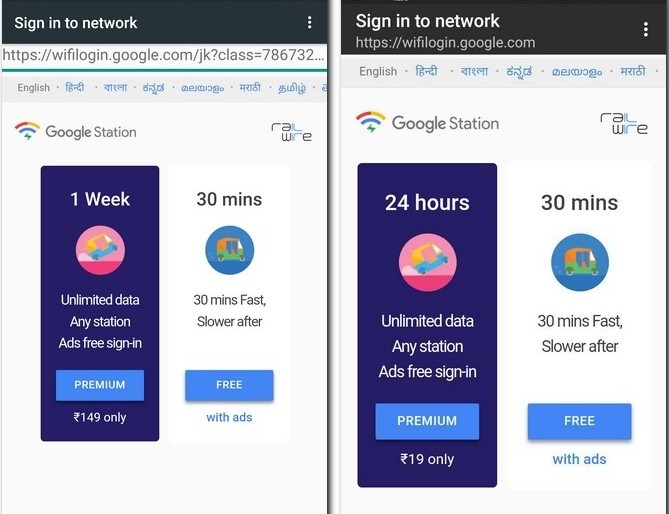 Google is testing paid model of the Google Station programme in Mumbai. The tech giant has installed Wi-Fi at more than 200 stations across India.

But now Google is planning to take charge for the high speed internet service that it provides it these stations. The company is now testing a paid internet service. Users can pay Rs 19 to get unlimited access to the internet for one day valid across a region. A pack of Rs 149 offered by Google will provide unlimited internet access for one week.

The free version of the internet will also be available even after the introduction of paid connections. However, the free connection will offer only 30 minutes of free high-speed internet access with ads appearing on the login page. The internet speed will decreases after 30 minutes of internet usage.

According to reports, it is confirmed that from a Google spokesperson that the search giant is testing a paid internet service in the country.

Google has partnered with RailTel to provide internet across various railway stations across the country. The company is also planning to expand its internet program to other sectors including educational institutions and universities.