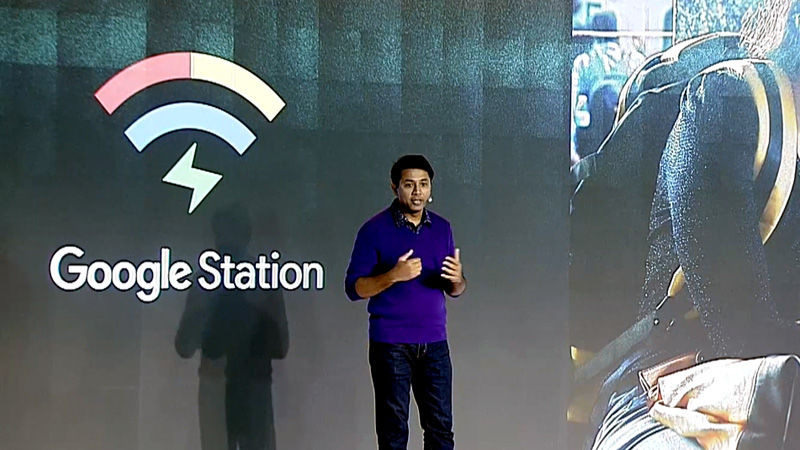 Months after enabling high-speed internet access at more than 200 railway stations in India, Google is now in plans to expand Google Station to various cities across the country. Caesar Sengupta of Google’s Next Billion Users (NBU) division on Tuesday asserted the success of the public Wi-Fi programme while addressing the audience at Google for India 2017 in New Delhi. The programme was piloted in the country back in January last year.

Sengupta, the Vice President of Product Management and NBU at Google, revealed that there are over 7.5 million users leveraging high-speed internet access through the Google Station programme in India. The programme provides Internet to 227 stations in the country, with 22 stations are going live by this month, the executive said. With this achievement, the search giant is on track to connect all 400 stations next year that was planned late last year.

“Google Station is helping connect more people to affordable and reliable Internet. Public Wi-Fi hotspots, we believe, are the internet cafe of the mobile generation – a daily place where you go to get high-quality internet to download videos and apps,whatever you choose to do. And even with the amazing progress on expanding mobile Internet in India, we are still finding that public Wi-Fi remains a crucial step in getting high-quality affordable internet to everyone,” Sengupta said, adding, “And now Google Station is expanding outside of railway stations, into cities and other countries like Indonesia.”

Google launched Google Station at 53 railway stations in the country in September and had originally planned to scale up the public Wi-Fi network to 100 stations by the end of 2016. However, after hitting the mark of 100 stations in December, the search giant expanded its focus and set to add as many as 400 stations by 2018.

Alongside railway stations, Google is now in plans to enable high-speed public Wi-Fi through Google Station in Indian cities.

A source familiar with the development told Gadgets 360 that the company was looking to power Internet access at various smart cities in the country.

Google is currently in partnership with the government’s enterprise RailTel Corporation to provide fast Internet access on mobile devices through Google Station. However, with the expansion of the programme, the Sundar Pichai-led team is also planning to tie up with new ISPs. The source confirmed Gadgets 360 that the company is also set to expand the reach of Google Station to educational institutions and universities in the coming future.