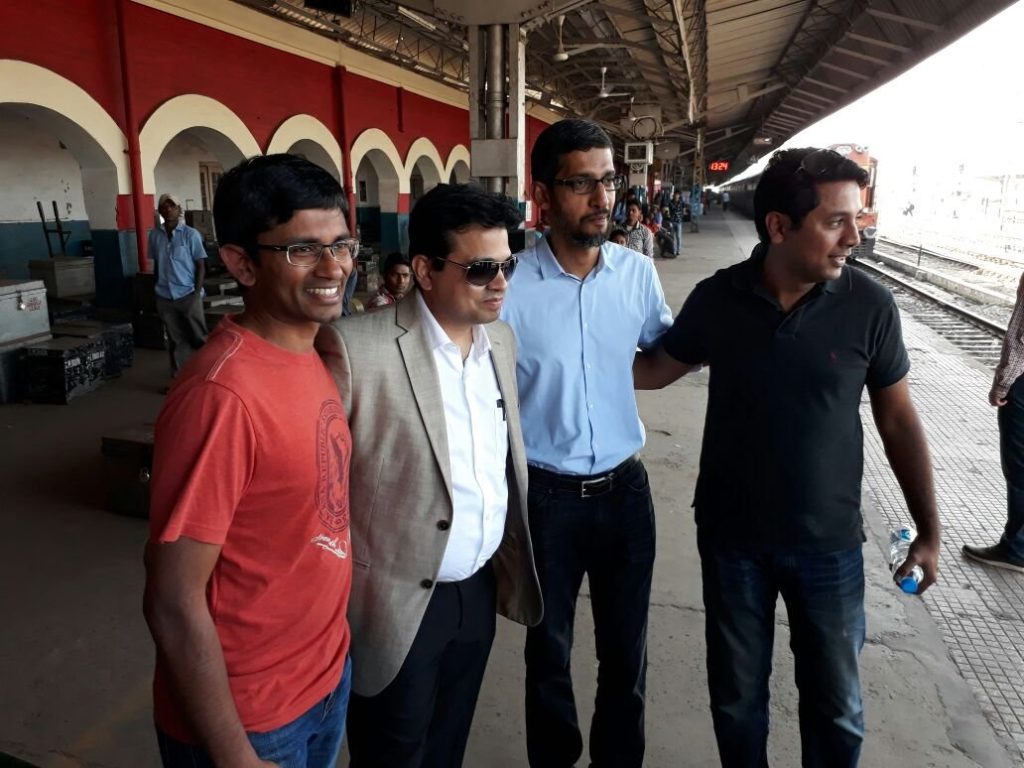 The Wifi connectivity provided by Google as part of the RailTel project is faster than those in San Francisco and London, said Google India’s Gulzar Azad, Country Head-Connectivity.

He also added that the Indian version is far ahead in terms of coverage and capacity.

The head of Google India’s connectivity department was speaking in an interview regarding the RailTel project, which is being executed in partnership of the Indian Railways.

RailTel Corporation of India Limited – a Public Sector Telecom PSU under Ministry of Railways, is part of the Digital India drive of Prime Minister Narendra Modi.

Launched in January 2016, the project aims to provide WiFi broadband access to railway passengers in more than 400 major stations by 2018.

The service at present is available in 140 railway stations including New Delhi and Hazrat Nizamuddin. The speed is at present 20 to 40 mbps for the first 30 minutes followed by a gradual decrease in order to manage bandwidth.

Azad said that the rise in data consumption following the arrival of Jio has increased the demand for data, but without hampering the RailTel’s growth. RailTel’s customers, he said, have increased to 65 lakh monthly users from 50 lakh since the emergence of free data phenomenon.

With regard with the lack of proper publicity for the project, Azad said that steps will be taken to make people more aware of the service. But he also added that more co-operation is needed with the Indian Railways to find innovative modes for publicity.

The RailTel project once fully implemented is set to become the largest WiFi project in the planet.

Gulzar said that Google want a billion people online and we want all of them on broadband. It is clear that the digital is an economic growth force. But the Google’s ultimate goal is that billion number of broadband users, each of them using 10 GB a month. The contributions have to come from the internet world, content players, telecom companies and the government. The data revolution has taken some time to come out in India. But it cannot be more inspiring with merger happening, transformation happening. Google would like to achieve 10GB per user per month in the next 4-5 years. Gulzar said that in last one year, we began with Railways WiFi and completed the 140 stations. Usage levels we are seeing from users, government and industry exhilarating. Which is why Google announced to create a product platform, Google Station to allow fast, reliable and secure Wi-Fi by ISPs, establishments and venues. Google also looking for more partnership around the Google station platform. Also L&T is one we are discussions with. Some will convert in the deals.

In India 115 stations stations live, our goal is to get to 400 stations with high speed networks, which jointly created by Google and RailTel. Our main focused on assuring that the monetization kicks in this year.