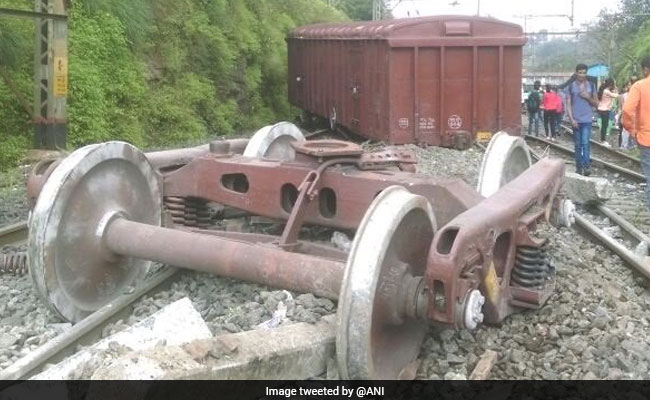 Khandala: Two wagons of a goods train derailed near Khandala in Maharashtra, the third train accident reported in the country today, a Central Railway spokesperson said.

Two wagons of the train derailed at around 3:55 pm, even as the railways was dealing with two derailments which happened earlier in the day.

“Two wagons of the goods trains derailed in Khandala this afternoon. We are in the process of clearing the tracks,” said Sunil Udasi, Chief Public Relations Officer, Central Railway.

This is the third case of derailment today.

Earlier, seven coaches of Jabalpur-bound Shaktipunj Express jumped the rails near the Obra Dam station in Sonbhadra district in Uttar Pradesh at around 6:25 am. Further, the engine and power car of the Ranchi-Delhi Rajdhani Express derailed near Minto Bridge in Delhi at around 11:45 am.