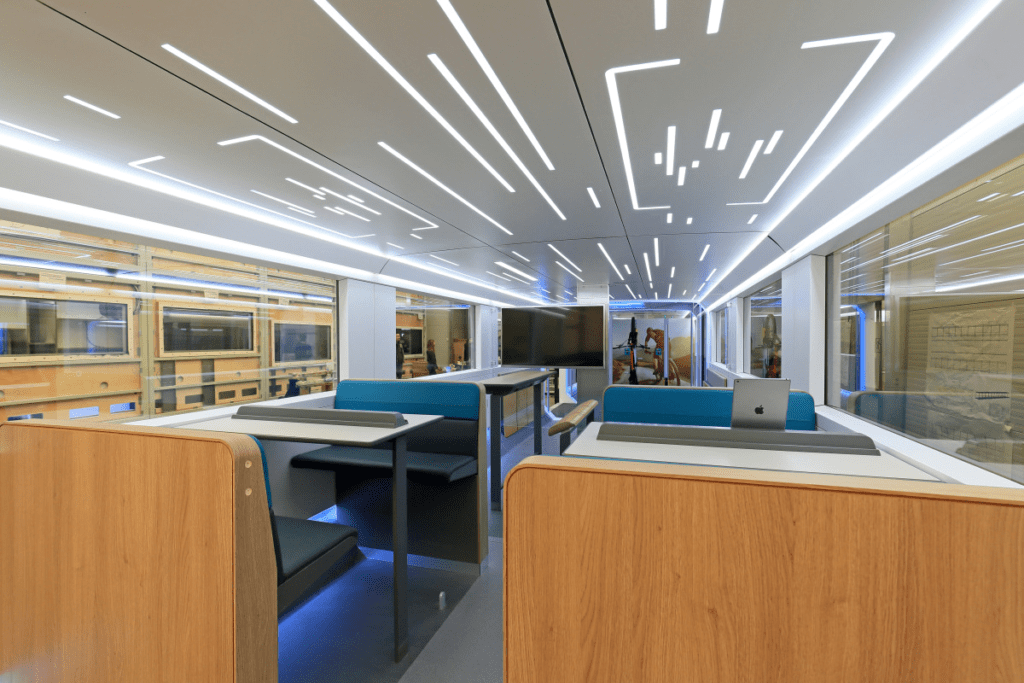 The impending era of driverless rides could prove disruptive for traditional modes of public transport. But, Germany’s state-owned railway company thinks it has a solution, and it sounds like a lot of fun — especially for gamers. It just unveiled plans for a new train complete with a digital coach that packs TVs and game consoles. Deutsche Bahn’s “Ideenzug” (“Idea Train”) will also boast gym equipment and a play area for kids. The railway firm envisions the project as a way to keep pace with, and even overtake, self-driving cars. (If it thinks autonomous vehicles are a scary prospect, wait till it learns of the Hyperloop).

For people turned off by backward-facing chairs, the train will boast swivelling seats (some of which will also come with bulges on either side for added privacy). Deutsche Bahn is currently showing off a replica of the project. But, making it a reality could prove a tricky prospect, with some claiming that it may not pass security regulations, as reported by German newspaper Süddeutsche Zeitung. The sticking point seems to be the gym equipment, so gaming will likely still be on the cards.

Railway travel is changing elsewhere too, but these modifications have hinged on green energy and faster journeys. India, for example, recently debuted a solar-powered train, while Japan is known for its high-speed bullet trains. But, Deutsche Bahn’s project seems retrofitted to accommodate the modern-day traveller. Someone who wants to get in a workout, catch up on work, and indulge in some multiplayer action en route to their destination. All that’s missing is Netflix.