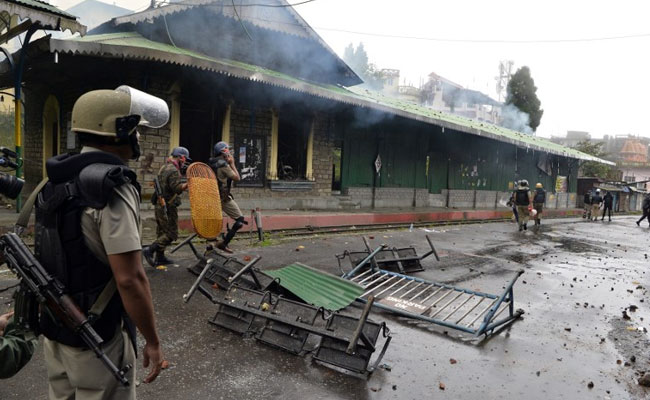 A Railway Protection Force (RPF) office, a police outpost and a state-run library were set on fire in the Darjeeling hills as the indefinite strike demanding a separate state entered its 30th day today, police said. As unrest simmered, internet services remained suspended for the 27th day.

The RPF office in Kurseong and a police outpost in Sukhiapokhri were set afire in the early hours of the morning while the state-run library in Mirik sub-division was reduced to ashes by pro-Gorkhaland supporters last night, a police official said.

The Army continues to be deployed in Darjeeling, Kalimpong and Sonada. The Gorkhaland Movement Coordination Committee (GMCC) decided to postpone its fast unto death from July 15 due to the upcoming Presidential elections.

“We have decided to postpone the fast unto death as Presidential elections are nearby. We’ll take a call on it at our next all-party meeting on July 18,” a GMCC member told PTI.

The 30-member GMCC represents all hill based parties, including the GJM, the GNLF and the JAP.