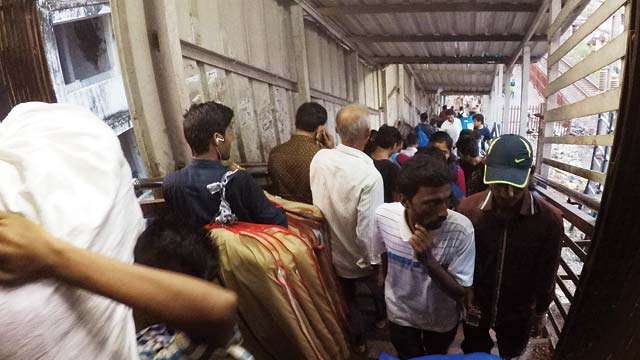 The foot over bridges and its staircases on the Mumbai suburban section are peculiar, the Indian Railways said. The schedule of dimension (SODs) of these FOBs are less than the regular bridges. However, the stampede incident at Elphinstone Road station forced the Rail ministry to think over the poor state of the bridges and widen the staircases.

The railways are contemplating to widen the staircases and revise the SOD as per their manual guidelines. The SOD for any staircase of an FOB should measure from the edge of the platform till the tracks.

The width at most of the stations in the city is barely 2 meters.

Any change in the SOD needs to undergo a policy change. “During the meeting on August 29, the minister had asked us to widen the bridges. We are considering the possibility of realigning the SOD,” said a senior railway official.

“This is the possible reason why Chief Commissioner of Railway Safety was also called for the meeting on August 29. Even in the audit report submitted by Central Railway has stated the need to widen FOBs,” he said.

During the meeting on August 29, the minister had asked us to widen the bridges. We are considering the possibility of realigning the SOD, a senior railway official said.