First AC Suburban Service In Mumbai To Commence On Monday 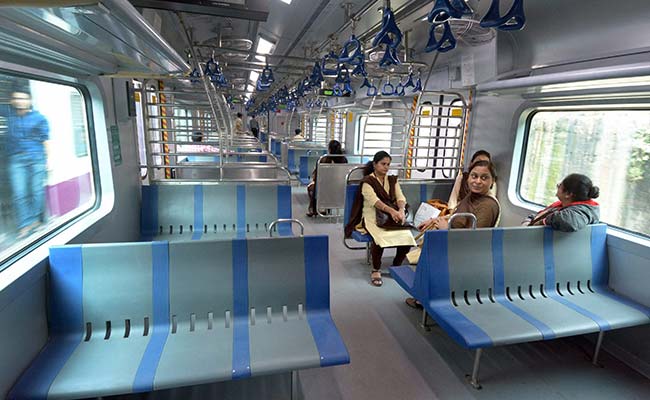 Western Railway will flag off its air-conditioned local services tomorrow with a Borivali-Churchgate service commencing at 10:30 am.

WR chief spokesperson Ravinder Bhakar said that the last technical trial run was conducted today in the presence of the senior officers and it was successful.

The official said that the AC local will initially run only in the Churchgate-Borivili section. From January 1, it will run from Churchgate to Virar having 12 services per day, he added.

Charting out the train’s operational routine, a WR statement said that out of 12 services of the AC local train, eight will run as fast local trains between Churchgate and Virar, stopping only at major stations like Mumbai Central, Dadar, Bandra, Andheri, Borivali, Bhayander & Vasai Road in both directions.
Three fast services will run between Churchgate and Borivali stopping at Mumbai Central, Dadar, Bandra and Andheri stations in both directions, it went on to add.

One slow service of the AC local will operate between Mahalaxmi to Borivali early morning.

However as an introductory offer for a period of initial six months, the base fare of single journey of AC EMU shall be charged 1.2 times, the statement said.

Weekly, fortnightly and monthly season tickets shall be charged equivalent to five, 7.5 and 10 single journeys of AC local respectively, the statement added.

It added that no other type of season tickets shall be issued for the time being and that AC local ticket-holders would be allowed to travel in the first class compartments of non-AC local trains.

The statement informed that the services of AC local train will replace existing 12 non-AC services, keeping the total number of services on WR’s suburban section static at the current 1355 services.