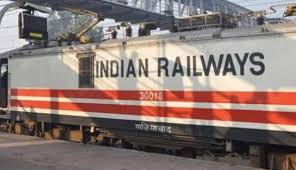 The finance ministry may keep the plan outlay of Indian Railways at current level in the budget as the government is resorting to borrowing in the face of lower revenue collection.

The finance ministry is learnt to have rejected 8-10 per cent increase in plan outlay sought by the public sector transporter, which has been on a spending-spree to build new rail lines and upgrade existing ones.

Over the last three years, the railways has been raising its capital expenditure to bridge the infrastructure deficit and renew its creaking assets. It has earmarked a total capital outlay of Rs 8.56 lakh crore for five years.

In tune with the emphasis on green energy, the railways is set to electrify more lines across the network. After factoring in this aspect, it has projected a higher plan outlay for 2018-19.

“The railways may generate more resources on its own by tying up long-term funds and monetising its assets. This will reduce the dependence on budgetary support. But at the same time adequate funds would be made available to the railways so that its project implementation is not affected,” an official said.

The railways’ total plan outlay of Rs 1.31 lakh crore for 2017-18 was the highest in its history. Of this, Rs 55,000 crore came from the central budget and the remaining was raised through institutional financing, internal resources and PPP projects, among others.

The funding pattern for the next fiscal is likely to be the same, although it could raise more from LIC with which the total fund tie-up is Rs 1.5 lakh crore over a five-year period.

Besides, it is facing the challenge of bolstering earning from freight and passengers which have been slipping against its projections.

The operating ratio of railways, a key matrix of its financial health, has been under stress. It stands at about 97 per cent which indicates it spends Rs 97 to earn Rs 100. For the next fiscal, the target may be set at 95 per cent on belt-tightening measures and higher revenue earnings.

Last year, the government had merged the railway budget with the main budget ending the British era tradition.