Jun 2, 2017 Posted by Indian Railways Updates Indian Raliways News Comments Off on Father of Techie Stabbed At Chennai Station Objects To Movie On Her 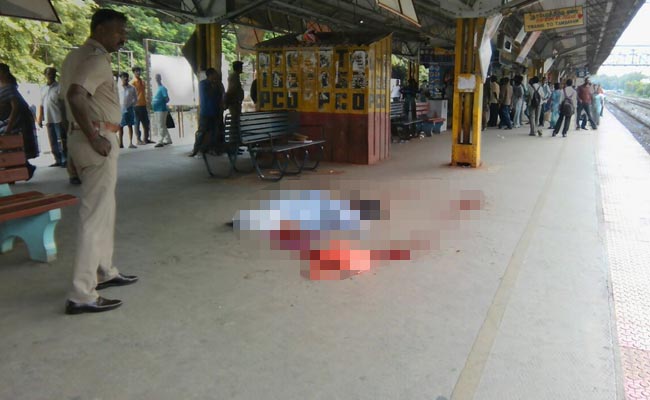 On June 24 last year, young Infosys techie Swathi S lay dead at a busy railway station in Chennai after a savage attack by a stalker who stabbed her repeatedly with a sickle.  Her body stayed at the platform for around two hours, the gruesome scene ignored by scores of train riders and others.

Almost a year later, the murder is the theme of a new movie that Swathi’s family has fiercely opposed and said should be banned.  The trailer of the Tamil movie ‘Swathi Kolai Vazhakku’ (Swathi Murder Case), directed by Ramesh Selvan, was released this week and posters have emerged in the city.

Swathi’s father Santhana Gopala Krishnan has complained to the police against the filmmakers.
It is not fair or legal, the retired central government employee has told the police, saying the producers never asked for the family’s consent. In the complaint, he also questions the intention of making the movie and fears that facts about his daughter could be twisted.

At the launch of the movie’s trailer, Mr Selvan said it was shot in the actual locations where the crime and the investigations took place, right down to the city’s railway station and the house where Ramkumar, the man arrested for killing Swathi, stayed.

Ramkumar allegedly committed suicide in police custody in September last year by putting a live wire in his mouth.

Quoting reports, news agency IANS said while the filmmakers have not taken permission from Swathi’s parents to make the film, they have promised to screen the film for the family by this month-end before releasing it.

Three years ago, a movie based on the 2008 murder of teenager Aarushi Talwar at her home in Noida also provoked a controversy. Aarushi’s parents Rajesh and Nupur Talwar, who are serving a life sentence, alleged that the movie distorted facts. The Bombay High Court allowed the movie’s release after ruling that the movie had no resemblance with the facts in Aarushi’s case