Expansion of Railways in the Northeast going at a brisk pace

Mar 6, 2018 Posted by Indian Railways Updates Indian Raliways News Comments Off on Expansion of Railways in the Northeast going at a brisk pace 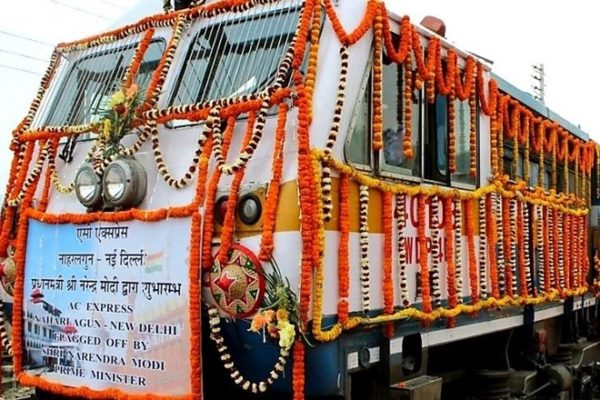 Union Minister of State for Railways Rajen Gohain on Thursday said the railway network is going to exponentially expand in the entire Northeast including Arunachal Pradesh.

“With the inauguration of the Bogibeel Bridge over Brahmaputra River likely in May-June this year, Assam and Arunachal Pradesh will immensely benefit as the bridge will reduce distance between Itanagar and Eastern Arunachal districts,” the Union Minister of State for Railways said.

The minister informed that in the 2018-19 Union budget proposals have been made for electrification of Rangiya-Rangapara North-Harmutti-Naharlagun section of the broad gauge line with a total distance of 398 kilometre and the works would be executed by Central Organisation for Railway Electrification (CORE).

Gohain exuded confidence that all the states in northeast would be connected by rail network soon as survey and construction works are going on in most of the states except Meghalaya, where no land have been provided to the railways by the state government for laying railway line.

The Minister of State for Railways asked the Arunachal Pradesh government to resolve the issue of land compensation involving laying of broad gauge line from Murkongselek in Assam to Pasighat in Arunachal Pradesh at the earliest.

Flagging off the Naharlagun-New Delhi Arunachal Express at Naharlagun railway station along with Union Minister of State for Home Kiren Rijiju, Gohain expressed dissatisfaction that the work on the 24.36 kilometre railway line has been stopped due to land compensation issue raised by the locals.

“Detailed project report will be prepared after completion of the survey and the work on the line will begin soon,” he added.