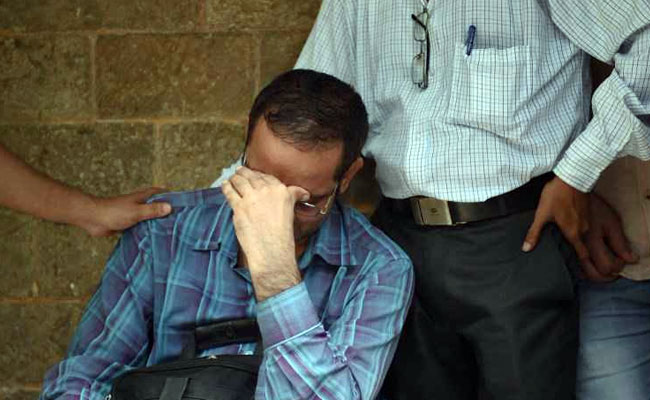 At least 22 people have been killed and over 30 seriously injured in a stampede that broke out at a narrow foot overbridge near a local train station in Mumbai after heavy rain this morning. The incident took place around 10.30 am during rush hour near a ticket window between Parel and Elphinstone stations. Many events coincided to produce a tragedy that many say could have been avoided, had successive governments heeded warnings. Four trains arrived around the same time, and a huge crowd tried to get out. The bridge was already crowded after sudden, heavy rain that had people scurrying for cover. Some say a loud bang after a short circuit led to panic. A witness said there were rumours of the old bridge collapsing. Within moments, many were crushed and injured.