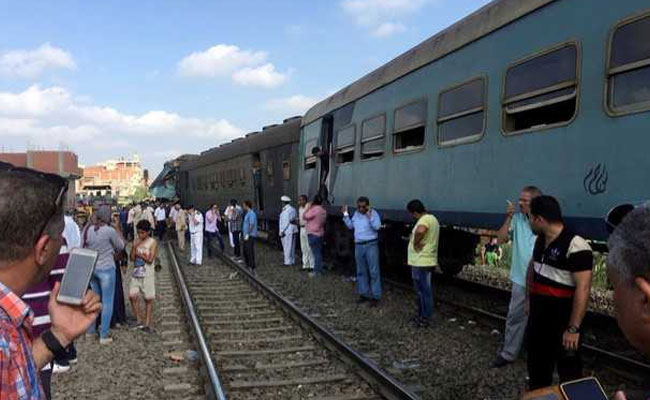 Two trains collided in Egypt’s coastal city of Alexandria on Friday killing 36 people and injuring more than 100 others, a health ministry spokesman said.

The crash at 2:15 p.m. (1215 GMT) near the suburban Khorshid station on the route to Cairo, derailed the engine of one train and two cars of the other, the Egyptian Railway Authority said.

A railroad switching error was the most likely cause of the collision, a security source. He gave no further details.

A medical official told state TV some wounded people were still stuck in the trains.

Footage on state television showed dozens of people crowding around the damaged train cars, with bodies strewn on the ground.

“The train I was riding was going very quickly,” said passenger Moumen Youssef. “I found myself on the floor. When we came out, we found four train cars crushed and a lot of people on the ground.”

In 2012, 50 people – mostly children – were killed when a train crashed into a school bus south of Cairo, further inflaming public anger at authorities over Egypt’s antiquated transport network.