Efforts on to connect northeast capitals with tracks by 2020: Minister Jitendra Singh 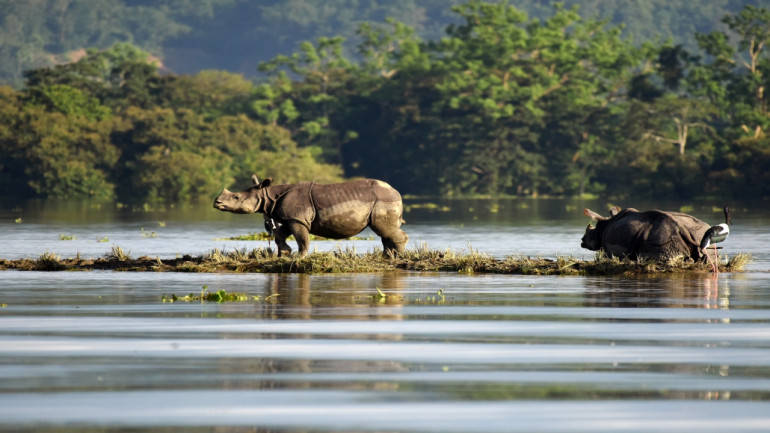 Efforts are on to connect all state capitals in the Northeast with double track railway lines by 2020, the Minister for Development of North Eastern Region (DoNER), Jitendra Singh, told the Rajya Sabha on Thursday.

Replying to questions, he said the government was seeking to develop the northeastern states by creating infrastructure and entrepreneurship facilities in the region.

Singh said rail connectivity between Aizawl and Imphal would be in place by 2020 when a double gauge track would be laid.

He, however, said work on setting up a railway station in Shillong had been stalled because of local protests and expressed the hope the issue would be resolved soon.

“In the next one year, we will have a double gauge rail track in all the states except, perhaps, Sikkim, because of topographic reasons… All state capitals in the northeast will be connected with double track railway lines,” he said.

Work on the double track in Imphal had started and would be complete by 2019, he said.

“A total sum of Rs 5,606 crore has been earmarked for it along with 15 new rail lines and six double track projects,” he told members in the Upper House.

Singh said Guwahati, Itanagar and Agartala already had double tracks, while Imphal would be double-tracked by next year.

Imphal and Aizawl would be connected by 2020, he said.

The minister also said the government was giving a boost to the industrial sector in the region.

Singh told the House the earlier government’s North East Industrial Promotion Policy was not being discontinued.

“There was some thinking going on. We engaged ourselves with the Ministry of Commerce. We had some constraints of financial resources but it is continuing,” he said.

He also said in order to promote entrepreneurship, the NDA Government had brought in a Startup India programme which was “unique” because it had a provision for a tax holiday, among other features.

“The Ministry of DoNER has added one more feature — that of a venture capital fund, which means any youngster who wishes to try his fortune in the Northeast and set up an entrepreneurship there would be given a fund for which we have already deposited Rs 1,000 crore with the NEDFi, which is the banking authority there,” he said.

The minister pointed out out that though Shillong was the original capital of erstwhile Assam, it was still to have a full-fledged airport.

He disclosed that the government had earmarked Rs 5,500 crore for roads in the entire region, including Mizoram.

On the creation of airports, he said the government had already started the process of acquiring land in Itanagar.