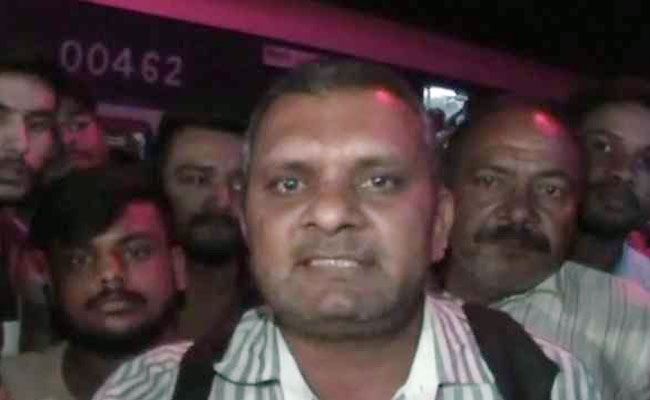 At least 10 passengers of the Himalayan Queen Express received injuries when the driver applied emergency brakes at the Gharaunda station in Haryana, railway officials said today.

The train was running at a high speed on Wednesday night, when the station master raised an alarm. The driver then suddenly applied the brakes. The injured were given first aid, but passengers protested the sudden application of brakes and demanded to know why the driver was speeding.

The Delhi Sarai Rohilla Kalka Himalayan Queen Express is an express train of the Northern Railway zone that connects Chandigarh with New Delhi.
“I noticed that the train was running at a speed of around 35km per hour. I tried to contact the driver, but he didn’t reply. The driver is at fault,” Gharaunda’s Station Master Karam Vir Singh said.

Angry passengers said that there would have been a terrible accident if he had continued to run at that speed. They blamed the Railways and demanded an inquiry into the matter.

“The train didn’t even stop on signal. It was out of control. When the driver suddenly applied the brakes, the train was filled with smoke. Some children lost their tooth but still, there are no arrangements of medical aid. No ambulance arrived,” a passenger said.