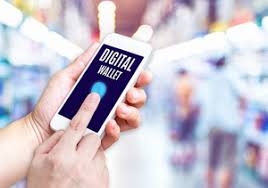 The Indian railways on Tuesday reported a rise of over 12 per cent in its cashless revenue stream generated from the reserved segment of e-tickets till August, 2017 from the period of 2016-17.

The massive rise in cashless revenue stream from the reserved segment category was attributed to various steps initiated by the railways, a railway ministry official said.

According to the railways, about 13 lakh tickets are booked every day against a reserved accommodation of 10.5 lakh berths across all classes.

The official added that even in the unreserved tickets segment the income through digital payment has gone up by two per cent.

Even in the freight segment, the revenue from cashless mode increased from 97 per cent to 99.8 per cent.

In a slew of measures to promote digital payment, the railways had on November 23, 2016 withdrawn the service charges from tickets booked through the Indian Rail Catering and Tourism Corporation (IRCTC).

The railway official also said the service has been extended till March 31, 2018.

After demonetisation, the railways had withdrawn the service charge of Rs 30 applicable on transactions against credit or debit cards at the reservation counters.

Beside these, the railways also provided a discount of five per cent on payment made online for opting services like ordering food, booking retiring room.

The railways and the IRCTC also slashed all additional charges being levied either by the Indian Railways or IRCTC on e-tickets.